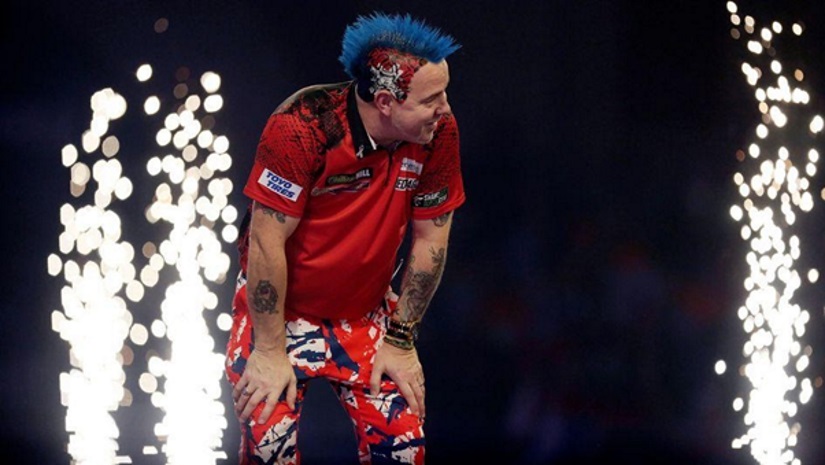 After two and a half weeks of top-level darts, we have finally reached our final four of this year’s PDC Darts World Championships at the Alexandra Palace. Monday evening sees the semi-finals get going at 19.00 in London before the final takes place on New Year’s Day at the same time.

There won’t be too many surprised to learn that this foursome includes the names of Peter ‘Snakebite’ Wright, Gerwyn ‘The Iceman’ Price and ‘Mighty’ Michael van Gerwen. These three top ten players will be joined by the world number 12 and former semi-finalist here Nathan ‘The Asp’ Aspinall.

A review of PDC Darts World Championship action so far

This week we said our goodbyes to Fallon Sherrock, whose life-changing week has seen her called up to ALL World Series of Darts events as well as potentially representing herself in the Darts Premier League as one of the nine challengers the PDC have announced will return (more on this next week).

The first-ever lady to win here was unable to win three in a row and was shot down by ‘Hollywood’ Chris Dobey. Gary Anderson also bowed out at the hands of semi-finalist Aspinall, while Daryl Gurney couldn’t get past Glen Durrant, who went on to meet Gerwyn Price in the quarter-finals on Sunday.

Sunday’s afternoon sessions saw an electric Peter Wright produce his highest-ever World Championship average in a dominant 5-3 victory over Luke Humphries, who had himself taken care of Kim Huybrechts 4-1 in the last eight. Snakebite averaged 105.86 and landed 12 maximums against an opponent he hadn’t previously faced and went on to win 5-3.

Storming into a two-set lead, World Youth champion Humphries took the third set following a missed double 12 from Wright. He reset himself over the break to come firing on all cylinders in the fourth, taking it with minimum fuss courtesy of a pair of 11 and 12 darters plus a bullseye finish to move into a 3-1 lead. After ‘Cool Hand’ Luke claimed two legs for himself to frighten, as is customary, any backers of Snakebite, the Scot recomposed himself and closed out the match.

Nathan Aspinall has made the semi-finals once again after fighting off the heavy resistance of Dimitri van den Bergh. The Belgian looked at ease in the early rounds, taking the first set unchallenged, before the Asp rallied and drew level. There wasn’t much to choose between them and the match looked like going to the wire before van den Bergh wobbled handing Aspinall the opportunity he required to take control of the match, taking the next three legs on double eight to move into a clear lead for the first time.

In the evening sessions, Mighty Mike took care of Darius Labanauskas, who had actually won the first set. The Lithuanian, who sustained an unusual finger injury early in the third set when he accidentally stabbed himself with a dart, drawing blood, would later claim a second and will strongly regret messing up his chance of a third with a missed bullseye as MVG, far from his best, marches on. In truth, knowing MVG, his lacklustre performance probably owed more to saving something in the tank for the later rounds but, nevertheless, the Dutchman needed 21 darts to finish his opponent in the seventh set.

The world number one and defending champion took sets two, three and four as he upped his game. Lucky D found extra to take the fifth following some sloppy play from van Gerwen who took the sixth in a whitewash and the seventh following no less than six missed Labanauskas’ darts for the set.

In the last game of the night, Gerwyn Price beat Glen Durrant 5-1 with the Welshman averaging just under 100 in a very one-sided affair. Only the first set went down to the wire, the rest were all taken with relative ease by The Iceman, save for the third which Duzza took to simply prolong the inevitable. The pair actually posted similar averages at the oche, suggesting things were closer than the scoreline suggests but, in truth, this affair was over pretty quickly.

With 25 titles between them – 14 of which were claimed by one player– this year’s final four includes no shock names. Only Nathan Aspinall is drawn from outside the top ten and he made the semis here last year. Plus, by the time the new order of merit is posted, it will include the Asp’s name anyway, so we have a fitting final four left to battle it out for the Sid Waddell Trophy.

What price then witnessing a nine-dart finish with such quality on show? 8/1 say Betway. Two? 66/1!

Michael van Gerwen is the defending champion and the 1/6 favourite to end the Asp’s second successive semi-final run here and 1/2 to win his fourth Championship title. MVG has played largely in cruise mode these past few weeks which is ominous for anyone looking to dethrone him.

Aspinall, 28, is rising in the game though and has shown great character coming through a much tougher route. If MVG plays as sloppy as he did on Sunday, the UK Open and US Darts Masters champion might be able to take advantage and produce the unthinkable.

The Asp is 4/1 to oust Mighty Mike and 14/1 to win his first world title on Wednesday, both with Betway. Aspinall won’t be worried about his first televised meeting with Michael van Gerwen, who he’s already beaten twice this season including a remarkable 6-1 mauling back in February, albeit in a Players Championship event in Wigan.

Last year, Aspinall took out Gerwyn Price in the second round when still considered to be a 500/1 tournament outsider, a match the Asp cites as his personal turning point. Safe to say, both players have come a long way since then.

Soon to be installed as the new world number two, Gerwyn Price and his opponent, the erratic Peter Wright, could both have fallen at their first hurdle but now stand on the cusp of the World Championship final, a first for both players. Snakebite, who so often shows wildly different form in a match went to a sudden-death leg against Noel Malicdem, where he performed fantastically. For Price, William O’Connor’s maths mishap let him off the hook after which he has barely thrown a wayward arrow all the way to tonight’s semi-final.

Wright, who on Sunday produced the highest recorded set average of 123.83 at the Championships for two years, is in sharp form right now. There will be, at some point, an inevitable drop in form, the likes of which Price may not suffer. The Iceman does have the mental edge over the popular Snakebite, who despite rising opinions of Gerwyn Price, will have the Ally Pally crowd behind him.

Still, The Iceman is 8/13 to see off Snakebite for a reason and ranked as 7/2 to win the event outright. As for Snakey, he can be backed at 13/10 to win on Monday and 7/1 to be the world champion come Wednesday evening.