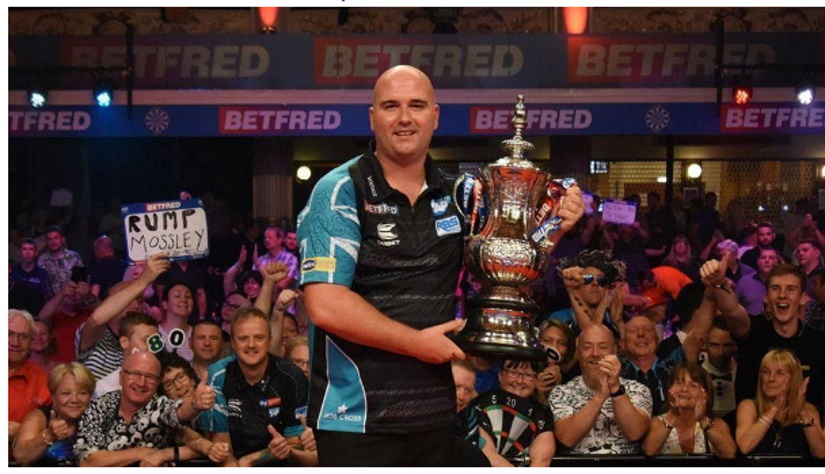 Proper live darts returns this weekend as the second most prestigious event on the tour gets underway. Forget the Summer Series and before that the PDC Home Tour, this is Darts’ true return.

Sadly, there will be no crowd for this year’s World Matchplay Darts, which for the first time in many years, will not take place at Blackpool’s Winter Gardens but instead, behind closed doors at the Marshall Arena in Milton Keynes.

Play will run from July 18-26 and will include a star-studded field of 32 with the likes of Michael van Gerwen, Gerwyn Price, Peter Wright and Gary Anderson who have all been sorely missed.

Michael van Gerwen is the 13/8 favourite with bet365 to win his third World Matchplay. It would be the Dutch world number one’s first Matchplay title since 2016. Last year’s champion Rob Cross is the long priced 20/1 but he has big tourney form so this price might tempt some.

World champion Peter Wright, who defeated Gerwyn Price to win the fifth and final Players Championship event of the PDC Summer Series, is the second favourite at 11/2. This is ahead of The Iceman Price himself who is priced at a reasonable 13/2.

Recent PDC Home Tour victor Nathan Aspinall is likely to have plenty of backers at 10/1, while some will like the look of 12/1 for Gary Anderson who finished runner-up in the Home Tour, once he’d fixed his home Wi-Fi issues.

Each game must be won by two clear legs, with up to a maximum of five additional legs being played before the sixth additional leg is played to sudden death. Further down the field, Michael ‘Bully Boy’ Smith is 20’s, Glenn ‘Duzza’ Durrant is 25’s and Daryl ‘SuperChin’ Gurney is a best price of 40/1, all with bet365.

The 2020 Darts Premier League season will pick itself up again in August following its coronavirus enforced shutdown after only six rounds of fixtures. Naturally, the tour element has gone out of the window for most of the rest of this year’s event. Instead, Milton Keynes’ Marshall Arena, where this week’s World Matchplay is taking place, will host the next six rounds of fixtures on six consecutive nights behind closed doors beginning August 25.

After this, on September 17, the play picks up the same as before on Thursday nights in Glasgow, Manchester, Newcastle, Sheffield and London where the tourney plays to a climax.

When we get back underway, Michael van Gerwen will again be looking for his sixth Premier League crown which would also be his fifth in succession. Glenn Durrant is tops right now but MVG will surely be hunted down by the likes of Peter Wright, Rob Cross, Gary Anderson and Nathan Aspinall.

The challengers will return, meaning Chris Dobey, Jeffrey de Zwaan and Jermaine Wattimena all still have the chance to enjoy Premier League nights, even if the Dutch pair, in particular, will lose the chance to do it in front of home fans as Rotterdam’s doubleheader hosting has been canceled.

Second-placed Michael van Gerwen is the short-priced favourite to win the event.

World Matchplay Darts Semi Final Betting TipsDetails On An Exciting Bet365 Poker Bonus, Where You Can Get €250 In Bonuses Through Summer Twister