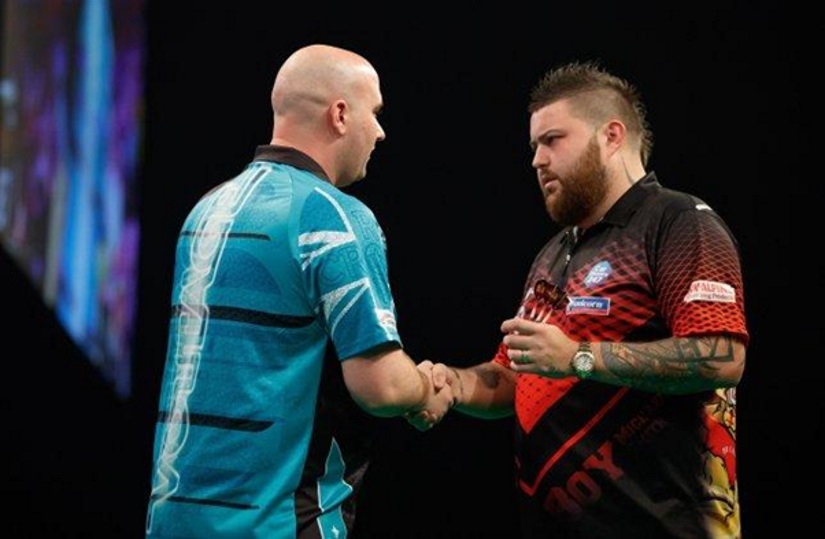 This Thursday at the Barclaycard Arena in Hamburg, Germany the Darts World Cup will begin, running for four days until its climax on Sunday. One of the most unique tournaments on the darting calendar, the World Cup puts our heroes together in pairs in a format unlike any other on the circuit.

32 nations are represented at the event, with the best two players from each granted the honour of throwing darts for their country and maybe, just maybe, make a bit of history in doing so.

The Darts World Cup’s unique format includes an all-doubles first round where the sixteen ties are played as best of nine legs. By the second round, singles matches come into play with the running order determined by each of the remaining teams’ captains. Two best-of-seven leg matches are then played, and if the teams still can’t be split, a best of seven legs doubles match will decide the winner. The quarter-finals and semi-finals work the same way but by the final, it become the best of five, with four singles games and a doubles match deciding this year’s World Cup winners.

The World Cup of Darts matchups

Only two nations have ever won the trophy, England and Holland, with the latter going into this year’s competition as defending champions. Once again, these are the two favourites but this year both sides will be sending out new line-ups. For the Netherlands, Jermaine Wattimena replaces the soon-to-be-retired Raymond van Barneveld, while for England Michael Smith makes his debut and lines up alongside Rob Cross as Adrian ‘Jackpot’ Lewis makes way. Of course, Michael van Gerwen will lead the line for the Dutch.

Only Australia, who should have won in 2012, has ever seriously threatened to break the dominance of England and the Netherlands. Australia, while still a potential banana skin, are not considered to be among this year’s big four — the Netherlands, England, Scotland and WalesThe semi-finals have never featured all of the top four seeds so they won’t all go the distance.

Despite the lack of Barney, England and Holland have both been quickly installed as pre-tournament favourites, listed as 11/4 each to be crowned World Cup winners according to Betway. The same online sportsbook reckon on Holland being the second most likely to secure the trophy, but with so much riding on Wattimena’s young shoulders, the 11/4 on Holland doesn’t particularly appeal.

The draw could have been kinder to the Dutch, who face Spain in the first round. That said, neither Cristo Reyes or Toni Alcinas have been tearing up any trees this year. However, the first round’s short format played between the pairs usually throws up a shock or two so keep an eye on that one. Should the Dutch navigate Spain, one either Poland or the Czech Republic awaiting, with both representing timid threats to Holland, especially given the tournament’s expanded format. Expect them then to meet Australia in the quarter-final where Simon Whitlock and Kyle Anderson could put an end to the Dutch campaign.

For Germany, Max Hopp and Martin Schindler are representing their country for the third consecutive year. They have risen up the rankings following some previous stellar World Cup performances. Hopp, by the way, has already tempted fate by declaring Hungary a ‘good draw’ for the Germans. In two previous appearances, this pairing has reached the quarter-finals, losing to eventual winners The Netherlands on both occasions. Should they overcome Hungary, and they surely will, Belgium (Kim Huybrechts and Dimitri van den Bergh) are likely to be their second-round opponents. Despite that they should be tricky, the German pair do have home advantage with the crowd roaring them on to the next round where Scotland should await.

Time will only tell what missing out on the Darts Premier League has done for Gary Anderson’s health. The Flying Scotsman makes his long awaited PDC return having sat out most major events of the year so far, including the 17-week tournament that MVG scooped two weeks ago. Given that his partner will be Peter ‘Snakebite’ Wright, Scotland, are unlikely to find many fanciers, especially at their 7/2 Betway price. However, the 15/8 on Scotland reaching the final will definitely appeal to some. Scotland have twice lost in the final, first in 2015 and again last year, losing to England and Holland respectively.

Welsh pair Gerwyn Price and Jonny Clayton are placed fourth in the betting at 13/2, Northern Ireland (Daryl Gurney and Brendan Dolan) 12/1, Belgium 22/1, Australia 25/1 and Austria, for whom Zoran Lerchbacher partners Mensur Suljovic, are 28/1.

This year will be the last World Cup for Sweden’s Magnus Caris, who will bow out of top-level darts, while Lithuania will take part in their first ever World Cup. For China, who get started against the USA, there has been a last minute line-up change as Yuanjun Liu replaces Qingyu Zhan who was set to make his World Cup debut but is now unable to compete due to passport complications.

Singapore’s Paul Lim and Harith Lim, who beat Scotland two years ago, have the opportunity to do the same to the Welsh this time around, while the Philippines (Lourence Ilagan and Noel Malicdem) and New Zealand (Cody Harris and Haupai Puha) are another two sides that have the talent to cause a real surprise, although the former meet England first. And, for all of the above, it is England I will be sticking with to win the 2019 PDC World Cup of Darts.