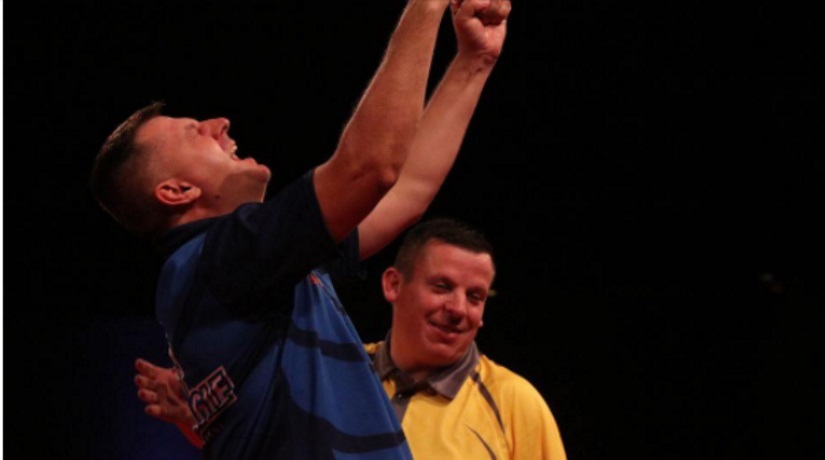 Poland enjoyed its first-ever winner on the European Tour when Krzysztof Ratajski beat Dave Chisnall in the final of the Gibraltar Darts Trophy at the weekend. The Polish Eagle averaged a decent 109.51 during his 7-3 destruction of Daryl Gurney in the semi-final which more than prepped him for the bruising 8-2 win over Chizzy that was to follow.

A look back at the Gibraltar Darts Trophy

Ratajski averaged 102.85 against the St. Helens man’s average of 99.96, which despite being strong was let down by him missing five of his seven darts at doubles. When it came to taking down the doubles, Ratajski pinned eight of his 14 attempts while also landing two more maximums and scoring the game’s highest checkout with 124.

Despite this, Chizzy stormed into a 2-0 lead after he broke his opponent’s throw with a 117 checkout. The Pole responded with a 124 finish before reeling off seven legs on the bounce to scoop the 13th and final European Tour event of the season.

Earlier on, Chizzy was the in-form player and even completed his third nine-dart finish of the season which came in the second leg of a 6-4 victory over James Wade. He also landed three 180s and made two other 100+ checkouts on his route to the final.

Chisnall followed up that by taking out UK Open and US Masters winner Nathan Aspinall, who himself had eliminated Michael van Gerwen 6-3 in the third round. On his road to glory, Ratajski also took care of Ian White and Joe Cullen, both by 6-3 score lines.

With all 13 European Tour events now having been staged, the field and draw has been finalised for the televised European Championship, which takes place in Gottingen, Germany from October 24-27.

Next up is Dublin and the Citywest Hotel Convention Centre where, from October 6 – 12, the World Grand Prix Darts will take place. This annual event was won last year by Michael van Gerwen and this year the Dutch world number one will be back on the Emerald Isle to defend his title. Given its open structure, you cannot rule out any the top names at the Grand Prix. Such an open tournament it is that Betway are offering 7/4 on Michael Van Gerwen.

This event is famous for its unique format where doubles are required to both start and finish the legs, which along with the first-round being the best of three sets, has caused many an early-round upset over the years.

This year the first round has thrown up some tasty looking matches that include Gerwyn Price versus Dave Chisnall , and even more excitedly, Rob Cross taking on Mensur Suljovic. As reported above, Chizzy (40/1) made it to the Gibraltar Darts Trophy final last week where he lost out to Krzysztof Ratajski (50/1), who also finds himself in this side of the draw. For me, the standout player on this side of the draw is Rob Cross, but such a tough opener means I’m leaning towards The Iceman, Gerwyn Price to at least make the last four, and at 14/1 he represents good value.

On the MVG side of the draw, we find star names such as Peter Wright, Michael Smith, Gary Anderson and James Wade. Wade is a two-time Grand Prix winner so knows what it takes to win Dublin and experience in an event like this is critical. Having to start on a double suits The Machine to a tee given his impeccable record on them. Picking up a Players Championship in Barnsley a month ago arrives in Dublin in decent form and could run deep so is certainly in consideration at 22/1 with Betway.

Rob Cross opens against The Gentle but is known to be a slow starter, which usually goes punished in this event. Elsewhere, Peter Snakebite’ Wright’s doubles often let him down so the 9/1 offered by Betway on both of them – and Gary Anderson – is worth ignoring this week and we can instead turn our attention to The Bully Boy’s 20/1.

Michael Smith is becoming a bit of a bridesmaid at these events, but sooner or later he must surely lock down a win. I mean, if Peter Wright can. It’s true that this year hasn’t run as smoothly as the last for Bully Boy but Smith always seems to put in a good run at the big events. His scoring power is up there with the best and if the doubles fall his way he can beat anyone. Simon Whitlock (80/1) provides his first test which should be then followed by Joe Cullen (80/1) or Ian White (28/1), either of which he is more than capable of dismissing. After this, things should get very interesting indeed.

First Round (Best of three sets

First Round (Best of three sets)

Second Round (Best of five sets)

Second Round (Best of five sets)