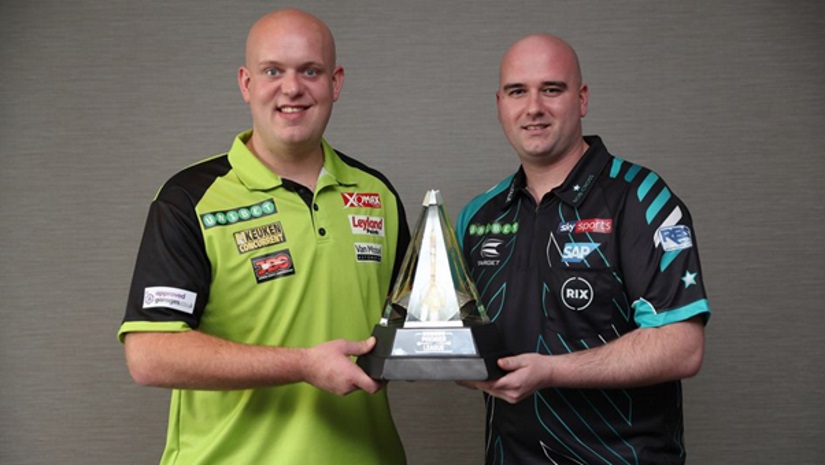 Rob Cross’ miserable time since the New Year’s Day heights of Ally Pally continued as he suffered another loss, this time at the hands of Michael van Gerwen administering a slice of retribution.

The Dutchman began the defence of his Premier League title in a 7-2 win over the PDC world champion in a battle of the baldies in Dublin in which Mighty Mike landed three 114 checkouts and averaged 100.80.

For MVG, who was beaten by Cross in the World Championship semi-final in December, success was sweet and served to remind his young rival that he remains the game’s super power.

Elsewhere, Michael Smith marked his return to the Premier League after a 12-month absence by fighting back from a 5-1 deficit to brilliantly beat Gary Anderson by 7 sets to 5. Anderson was once again plagued by a troublesome back injury that saw him miss 18 darts that would have otherwise guaranteed him at least a point.

In another tough result for the tipsters, 2012 Premier League runner-up Simon Whitlock overcame match favourite Mensur Suljovic in the night’s first match, also by 7 sets to 5. The Aussie needed to claw himself back from 3-1 down, racking up an average of more than 106 against his debutant opponent who was the early leader in the contest. Suljovic then missed a vital dart at bullseye that would have given him a comfortable 4-1 lead but instead opened the door for Whitlock, who spiked off a succession of 14, 12 and 11 dart legs before an awesome 160 handed him a winning two-leg advantage.

Premier League new comer Daryl Gurney and oche legend Raymond van Barneveld took home a point each after Grand Prix champion Gurney missed three crucial darts that would have landed him a debut victory pleasing the Irish crowd in the process. However, these were gratefully snapped up by his rival in spite of a late missed bully shot.

Finally, another debutant, Gerwyn Price, walked away with a share of the points, having won the final three legs in his opener against Peter Wright. Snakebite, who confirmed punters’ long-standing concerns over his change in darts, duly missed four shots that would have provided him the opening victory. Instead, Price twice battled back from 5-1 and 6-3 down before bagging five out of the last six legs to bank a point. The Welshman moves on to a home game in Cardiff where this week’s Matchday Two games take place on Thursday night at the Motorpoint Arena with coverage getting underway from 7pm on Sky Sports Action.

The Premier League Darts season finds itself in its second week in Cardiff and the action gets underway with Michael Smith versus Daryl Gurney in a match where we are backing Bully Boy Smith to take the win, against the much fancied Superchin.

This is followed by another toughie – although there are no easies in the Premier League – as Rob Cross meets Simon Whitlock. Cross is certainly finding out the hard way that life is tough at the top and will be looking to bank his first ever Premier League points here against Whitlock, who was a surprise winner last time out. A loser last week, Cross played well enough in Dublin, but MVG was in an imperious form. The World Champion now has the chance to put things right against Whitlock, an opportunity which I expect him to take.

Next up, Michael van Gerwen takes on Peter Wright with the Dutchman having stopped Snakebite in the Premier League final last year. Wright has a woeful head-to-head record against Mighty Mike; despite often showing well, he historically drops the crucials when it counts. I wouldn’t be expecting a shock here either as MVG powers on to his second straight League win.

Gerwyn Price will step up next in a match that his rival on the night Gary ‘The Flying Scotsman’ Anderson has already spiked with a not-to-be-forgotten taunt dropped at their last meeting when the world number two joked, “If you can’t beat a man with a bad back, you better go back to the practice board”. Now, Price — in Cardiff of all venues — has the chance to do exactly that. With the Welsh crowd likely to be against Anderson, the temperamental Scot could implode, especially if his bad back continues to bother him, so I would be picking Price to be right here.

Soon after match four, Raymond van Barneveld and Mensur Suljovic will step out with Barney having lost to the Austrian in their last meeting making Suljovic worth a shot at 15/8. That said, Barney will inevitably be the crowd favourite and has shown the occasional glimpse of his former self. For this reason, others might fancy him at 11/10, although I’m looking at a Suljovic win to close out the night.

Try this treble bet at Betway: Michael Smith, Michael van Gerwen and Mensur Suljovic at 10/1, or be brave and chuck in Cross and Price for a five-fold worth 57/1. Also, it might be worth paying attention to Betway’s boosted price of 9/2 for Cross, van Barneveld and van Gerwen to win, two points higher than its original price of 7/2.