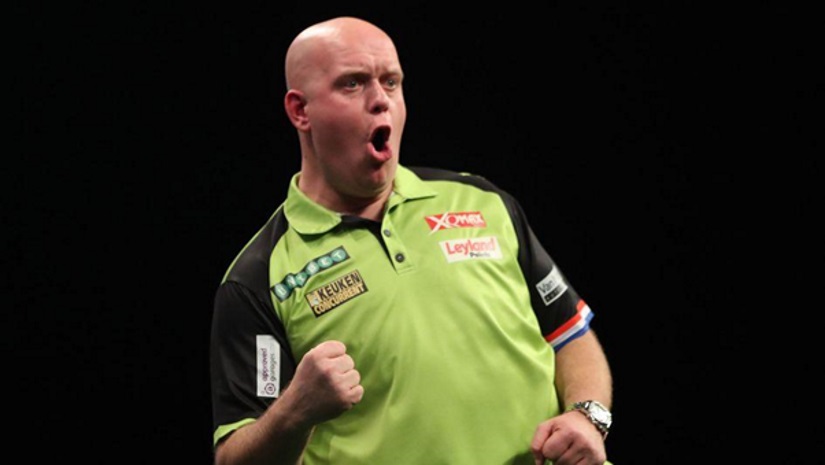 The first nine-dart finish in the PDC European Tour in five years was recorded last weekend by, who else, Michael van Gerwen as he overcame Ryan Joyce in Hamburg on Saturday night. The last nine-darter on the European Tour was achieved by Ross Smith in the Gibraltar Darts Trophy five years and a day earlier.

The Dutchman’s perfect leg came during his 6-2 win over qualifier Joyce from Newcastle, as MVG sought out a sixth European Tour triumph of 2018. His sixth European Tour event title, which also happened to be his 15th PDC title of 2018, came after defeating William O’Connor 8-2 in the European Darts Matchplay final.

On his way to the final, Mighty Mike beat Robert Thornton 6-1, Ian White 6-4 and Stephen Bunting 7-4 before destroying O’Connor, who was playing in his first ever European Tour final. The Dutchman has now triumphed in 26 European Tour events and has 109 career singles titles in total.

Attention now turns to the Las Vegas Strip, specifically the South Pacific Ballroom at the Mandalay Bay Resort and Casino which will host the North American Darts Championship and U.S. Darts Masters from Thursday July 5 through Saturday July 7.

Thursday will see eight domestic qualifiers battle for the North American Darts Championship, all hoping to emulate 2017’s champion, South Dakota policeman Willard Bruguier to win a place in the World Championship in London this December.

Eight of the world’s top stars will join their North American rivals to compete on Friday, July 6 in the opening day of the U.S. Darts Masters. The action will conclude on Saturday, July 7 with the quarter-finals, semi-finals and final.

The Dutch world number one is, of course, the favourite with the online bookmakers Betway, pricing him at the odds of 8/11. This is quite a drop from the second favourite Gary ‘The Flying Scotsman’ Anderson’s 7/1. As the prices begin to drift outwards, it is worth noting that each-way bets pay at a third of the odds for the first two places, which basically means that we should be looking for the finalist who will inevitably meet with MVG in the USDM final.

With that in mind, Rob ‘Voltage’ Cross and Peter ‘Snakebite’ Wright are priced at 7/1 and 9/1 respectively. Going further down the money line, you’ll find Mensur Suljovic available at 25/1, while Daryl Gurney can be backed at 33/1. James Wade (33/1), Michael Smith (33/1) and Adrian Lewis (40/1) are all worth considering, particularly Smith who impressed in this season’s Premier League. Raymond van Barneveld is another 40/1 shot, half the value of Dave Chisnall at 80’s. Simon Whitlock (100/1) and Gerwyn Price (125/1) make up the numbers in Sin City this year.