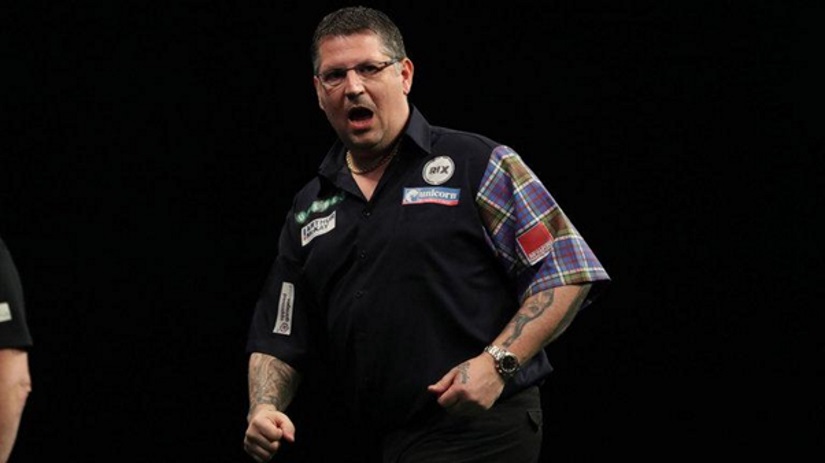 Thursday night’s Premier League Darts in Exeter was cancelled due to heavy snow and freezing conditions across the UK caused by Storm Emma, aka The Beast From The East, which put an understandable question mark on fan safety.

What this means for Darts is that the missed fixtures will now be played on April 5th at Liverpool’s Echo Arena which will also see Judgement Night moved back a week. The bottom two players in the league table will both be eliminated with the remaining eight going on to compete in May’s Play-Offs.

Despite the cancellation in Exeter, there was still some action over the weekend for Darts fans. There was the small matter of the UK Open to take care of over the weekend, which did manage to go ahead almost as planned. The event was played behind closed doors without spectators due to the naughty and really rather unseasonable weather, and this time the winner was The Flying Scotsman himself, Gary Anderson.

It was the first UK Open title of the twice world champion’s career, with this victory coming after he beat Australian youngster Corey Cadby 11-7 in Sunday’s final in Minehead.

Earlier on in the weekend and following the shock exits of Michael van Gerwen and Peter Wright on opening night, Anderson defeated world champion Rob Cross 10-5 at the quarter-final stage before destroying David Pallett 11-7 in the semi-finals. Cadby gave him plenty of trouble, and Anderson soon found himself 4-1 down against the 22-year-old, before rallying off four legs in a row to give himself the 5-4 lead.

Cadby, who saw off Gerwyn Price and Robert Owen earlier on the day, didn’t give up easily, hitting back a number of times. Anderson struck hard with finishes of 70 and 91 to move within an inch of victory, which was claimed soon after with a follow up 14-dart, double 18 finish. 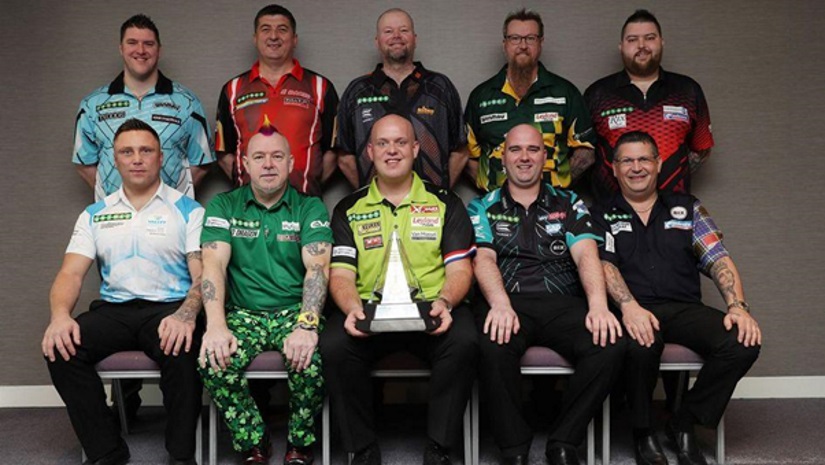 Matchday six gets underway at the First Direct Arena in Leeds. Again, viewers at home can catch the action on Sky Sports Action HD and Sky Sports Main Event HD from 19:00 GMT.

The action will begin between Michael van Gerwen and Simon Whitlock, with MVG still reeling from his shock exit by Jeffrey De Zwaan at the UK Open. This result should — and most likely will — mean that Mighty Mike is a man on a mission for which The Wizard could well pay a hefty price. Whitlock, by the way, has won only once in the last 20 times that these two have met, so things look ominous for the Aussie. The smart money on this match, as it so often does, should go on MVG. At 1/7, van Gerwen is short value. Instead, consider him to win by over 2.5 legs, hit a 100+ checkout and average over 100, all for 7/4 at Betway.

Next out are Gerwyn Price and Raymond van Barneveld. Welshman Price lost to Corey Cadby in the quarter-finals of the Open at the weekend, but that’s still better than Barney’s third round exit at the hands of Mervyn King. The pair combined to have three draws this season, which leads me to believe that this one is also destined to end in a tie.

The third game of the night brings Peter Wright and Mensur Suljovic to the oche in a match where I’m backing Snakebite to win. Before you jump in and do likewise, you should take note that Mensur has beaten Peter in their last couple of televised matches. He’ll also be confident, especially having rested up and sitting out The Open, unlike Wright who suffered a nightmare in Minehead.

Suljovic finally banked a win a fortnight ago but has not played since. This could have cost him his momentum, which would be very unfortunate for the popular Austrian. Peter, like MVG, will be seeking to bounce back from his poor Open performance — and I think he will. World number two, Snakebite is another odds-on favorite win his encounter, so pump up the value by picking him to win, hit 5 or more 180s and 120+ checkout for 12/1.

The UK Open champion Gary Anderson goes next in his match against Daryl Gurney knowing that the Ulsterman has beaten him the last few times out. While fatigue and backache could play a part in Anderson’s performance, confidence collected from his weekend triumph should counteract this. This is especially relevant here as this is the type of fixture that Anderson cannot afford to lose with Gurney currently occupying one of the bottom spaces. I don’t expect Anderson to disappoint here.

The night draws to a close with World Champion Rob Cross and current league leader Michael Smith clashing. Smith, unbeaten in the Darts Premier League, lost 10-9 to Steve West at the Open over the weekend, but I think he’ll bounce back and could well give Cross a scare. With that said, I’m team Voltage on this one, even at Betway’s 4/5. Alternatively, for 6/1 you can try Cross to win, Smith to hit a 100+ checkout and average under 100.

Remember, that if you stake a minimum of £5 on a player to win and he loses 7-5, Betway will pay out as a winner. That’s perfect for a tight match such as this one. For even more value, try Betway’s boosted treble odds of 5/1 on van Barneveld, Anderson and Cross all to win.

Our line for the week is thus: MVG, a Price/van Barneveld tie, Wright, Anderson & Cross for 24/1.