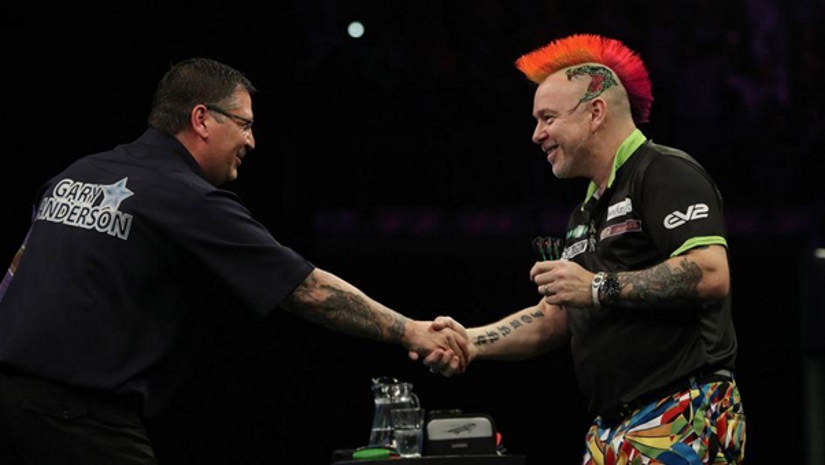 Last Thursday’s Darts Premier League action in Berlin drew to a close with an epic all-Scottish affair in which Gary ‘The Flying Scotsman’ Anderson needed to win his last three legs against Peter ‘Snakebite’ Wright to claim a share of the points.

There was no splitting the pair, even after Anderson shot into an early 2-0 lead and chucking just 29 darts. This included a stunning 150 checkout in the second leg after Wright himself had thrown brilliantly in everything except the required doubles and also after failing to secure the legs he had looked a certainty to close out.

Wright did manage to regain his composure, however, as he landed the next two legs following finishes of 80 and 76. His upturn in form continued as he averaged over 100, stringing together three successive legs in 13, 12 and 15 darts, the last one courtesy of a 120 checkout. Anderson wasn’t to be beaten though and sure enough, back came a two-time world champion, scoring a 12-darter followed by an 11.

Anderson kicked off the final leg with his fifth maximum of the night, but Wright hit back in equally good measure but, with 87 to finish. As is his Achilles’ heel, he left 38 on the board to give Anderson a lifeline which he duly gobbled up, hitting two single 18s and a bull for the required 86 and taking the game to tie.

Other action from last week

In the night’s opener, the two league leaders — Michael Smith and Simon Whitlock — staked their claims for the top spot with Bully Boy Smith coming out the victor. Smith maintained his perfect start to his Premier League campaign with a 7-3 win as both players recorded averages well under 90 and threw a number of wayward shots throughout. That said, Smith managed to hit five 180s and scoring a checkout of 106, making him the worthy winner and new league leader.

Another player moving up the table is Mensur Suljovic, who is finally off the mark after banking his maiden victory in this year’s competition. The Big Gentle’s first points were bagged after he took down a 7-3 victory over Gerwyn Price in which the Austrian averaged over 106. His upturn in form came after he landed three 180s including a checkout of 118 for which Price had no answer.

Michael van Gerwen delivered another darting masterclass, this time in a 7-2 victory over Daryl ‘Superchin’ Gurney. Despite both players hitting three 180s, it was a typically one-sided match in which Mighty Mike was 6-1 ahead before his counterpart from Northern Ireland had even scored his second leg of the match. MVG averaged over 103 and recorded the night’s highest checkout of 106 as he eased his way to another win and two more points. Betway’s 8/13 price for the overall tournament victory at is unlikely to close in any time soon.

6/1 second favourite at Betway, Rob Cross continued his march up the Premier League Darts table with an impressive 7-3 victory over Raymond van Barneveld. After suffering back-to-back defeats to both MVG and Simon Whitlock in his opening two games, Voltage has again found the rhythm and throwing style worthy of a World Champion, winning last week against Peter Wright and now sending Barney packing too. Cross hit four 180s and averaged 96.46, converting seven of his 10 attempts at doubles, as he takes his points tally to a more respectable four in as many weeks.

Matchday 5 takes place at the Westpoint Arena in Exeter on Thursday March 1st, and once again those watching at home can find overage of all the action on Sky Sports Main Event HD and Sky Sports Action HD from 19:00 GMT.

Things get started with a tasty looking clash between Gary Anderson and the improving Rob Cross. Gary Anderson has been playing well but he’s taken on the world numbers one and two in the last two weeks and now finds himself up against the World Champ. After securing a point against Snakebite last Thursday in Germany, his mood – and hopefully his back – are improving making this a great game to open with. Anderson’s record against Rob Cross is also very good, going three for three in tour events making it hard to back against the Scotsman.

I’d expect the other Scotsman in the running, Peter Wright, to bank another win and continue his climb up the table in his match against Daryl Gurney. That said, Gurney has won the last four matches against Peter, so all might not be as clear as it would appear. With Wright in such hot form — excusing his dropping of a point last week against Anderson — he is our second pick this week.

Next up is Mensur Suljovic and Michael van Gerwen with the Austrian finally getting some points on the board last week. It’s a shame that just as his form picks up he comes face-to-face with an all-powerful MVG. Suljovic actually won the last contest between the two, but that seems more and more like a one-time only deal. I just can’t see Mighty Mike dropping points here as he looks to hunt down the league leader Michael Smith.

And it’s Smith who plays next as he faces off against Raymond van Barneveld with Bully Boy looking to score five wins in five. I think he will too, as he seems to love this format when he gets the chance. In contrast, Barney is faltering a little bit at the moment. With Rob Cross, Peter Wright and Michael van Gerwen to play in his next three matches, Smith is bound to drop points soon, but I doubt it will be this week against RVB.

The night’s closing match is between Simon Whitlock and Gerwyn Price, both losers last time out. For Whitlock, last week represented his first defeat but being in the better position he should be mentally better off to rebound. This is unlike Price who lingers in the drop zone right now. Of course, that one defeat could launch a string of poor results for The Wizard as we have seen in others before. This last pick is purely based on league position alone, I’ll admit. I’m calling a draw – just.

So, a line on Anderson, Wright, MVG, Smith and a Whitlock-Price tie, comes to 51/1, or why not try Betway’s own boosted price of 8/1, up from 7/1, on a treble of Anderson, Wright and Whitlock?

A look ahead to the UK Darts Open 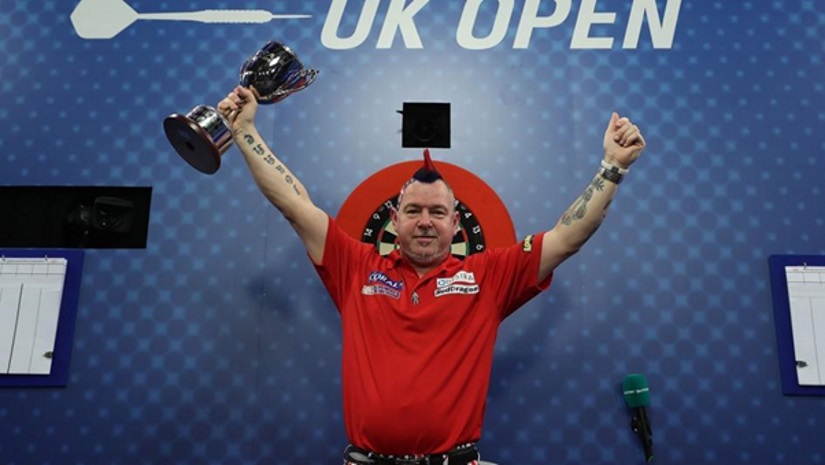 In a busy week of darts, let’s have a quick word on The UK Darts Open, which takes place at the weekend in Minefield. There’s no seeding element for the top players to gain any advantage, and it’s worth noting that it was this event two years ago where Rob Cross, who qualified through a £7 buy-in Rileys Amateur Qualifier in Norwich, first caught the eye in a memorable performance against that year’s eventual winner Michael van Gerwen.

Last year, Voltage was beaten by Peter Wright, who also went on to win and now Cross is among the favourites to win The Open himself. Cross, Wright and van Gerwen, along with others ranked high enough in the order of merit all go in Friday’s round three.

Round one matches consist of players ranked 65-96 plus the 32 Rileys amateur qualifiers who won in knockouts held in Rileys Sports Bars across the UK. Players ranked 33-64 come in at the second-round stage, which also gets underway on Friday. TV Coverage can be found throughout the day on ITV 4.

The pre-tournament favourite is a certain Dutchman who can be backed at Betway for 5/6, followed by Gary Anderson at 8/1 — the same price as Rob Cross and one point in from the 9s available on Peter Wright, who was champion here last year. For others, check out the UK Darts Open sportsbook at Betway now.