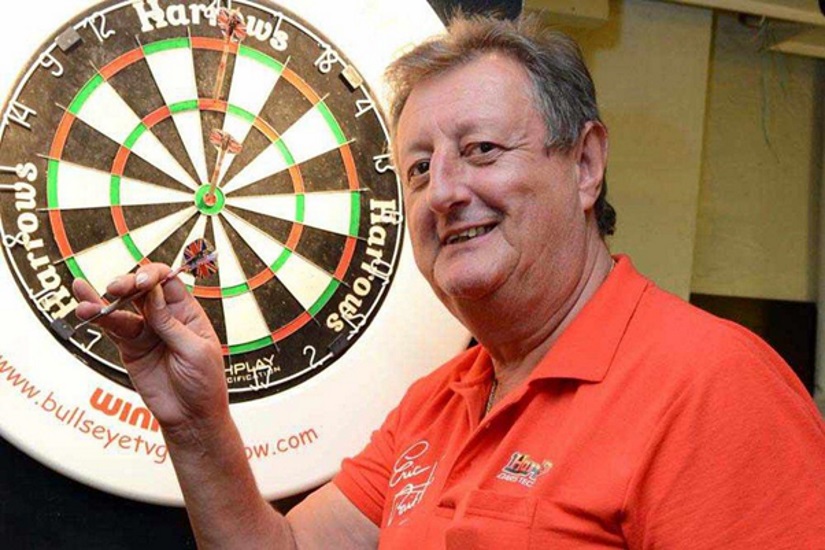 We start this week with the very sad news that five-time World Champion Eric Bristow has passed away at age 60. Bristow, who was instrumental in the founding of the PDC, was crowned BDO world champion five times between 1980-1986 and won another five World Masters titles during an illustrious career. Darts’ original superstar, The Crafty Cockney was present at Liverpool’s Echo Arena for Thursday’s Judgement Night event when he was taken ill following a heart attack.

In 2005, he was inducted into the PDC Hall of Fame and retired two years later, after which he worked as a TV pundit for Sky Sports and later appeared on ITV’s “I’m A Celebrity…Get Me Out Of Here“. Bristow won his final World Championship in 2000, the 23rd title of a glittering career, which saw him win over 70 professional titles in total. In 1989 he received an MBE and will be sorely missed.

A Recap from Bristol

Bristow was in Liverpool to watch the darts and immediately after the news broke, fans at the Echo Arena burst into a chorus of “There’s only one Eric Bristow”. Down at the oche and faced with beating the current world number one to remain in the competition, Mensur Suljovic was unable to deliver and has now joined Gerwyn Price in the ranks of the eliminated.

His 7-4 defeat to a rampant Michael van Gerwen saw him finish second-bottom in his debut Premier League Darts season on four points. The Austrian gave it his best shot but couldn’t live with the best in the business as Mighty Mike hit 10 180s, one more than Daryl Gurney managed a week ago. MVG was only one short of the competition’s record — the 11 collected by Gary Anderson against Simon Whitlock back in 2011.

It was Simon Whitlock who played in the night’s first match, a game in which he hit a 164 checkout. He did so on his way to beating the already-eliminated Gerwyn Price. With nothing but pride to play for, Price produced his worst performance of the season by averaging 77.13, missing 14 darts at doubles and not landing a single 180. Price finished the campaign with the worst points tally since the tournament began, while the Aussie keeps his hopes of a top-four spot alive.

St Helens’ own Michael Smith whitewashed Raymond van Barneveld, only the ninth in Premier League Darts history to receive such a beat down. Bully Boy produced his best performance of what was already a superb season, as he averaged 103.97 and missed only the one dart at a double. Smith has won six of his previous eight games and now sits only two points behind leader Michael van Gerwen. Before now, only Terry Jenkins, Wayne Mardle, Simon Whitlock, Phil Taylor, James Wade, Robert Thornton and Adrian Lewis have suffered whitewash defeats in Premier League history.

As predicted last week, Rob Cross defeated Gary Anderson for the first time in his career. Voltage edged a tough contest, coming out a 7-5 winner on Merseyside. He averaged 92.3 against Anderson’s 95.09, while the pair managed to hit four 180s each. However, Cross did possess the higher checkout record of 82, meaning he stays third in the table on 12 points and Anderson stays on 9.

A much-relieved Peter Wright took home a point from his 6-6 draw with Daryl Gurney knowing he was safe following Mensur Suljovic’s defeat to MVG earlier on. Still without a win in five matches, Snakebite hit four 180s — one less than Superchin — as the pair split the points.

Matchday Eleven takes place in Sheffield at the The FlyDSA Arena, and as always Sky Sports will be broadcasting live from 1900 GMT.

Things get underway with Raymond van Barneveld taking on Daryl Gurney in a field now reduced to eight. This is a pretty tough match to call, but I’m going to side with Superchin Gurney as he has posted some pretty solid performances in the league so far this season. That said, Barney is the man with better record overall and head-to-head against Gurney, so caution is advised. The Dutchman is down in the standings so could use the points. But as the man in form, I’m going with Gurney to give his top-four spot hopes a boost. Take note of Betway’s special — Gurney to hit the most 180s and a 100+ checkout with both players to average under 100 which pays at 9/4.

We go Scottish for match two as Gary Anderson and Peter Wright step up to the oche. The last time the two met, they produced a brilliant match with Anderson — as he so often does — battling back to claim a 6-6 draw. Peter Wright, who plays twice tonight, is in desperate need of a good result as three back-to-back maulings have only slightly been muted by two lifesaving draws — he will soon be forgetting what winning feels like. Anderson has been by far the most consistent of the two and should win again. Snakebite fans might want to take note of Betway’s 12/5 though, as such a price on the world number two – even if he doesn’t look like it – is just too good a value to turn down. Add some value by backing Anderson to win with over 7.5 match 180s and over 10.5 legs for 11/2 at Betway.

Simon Whitlock is next out to do battle with Michael van Gerwen. The Wizard is doing well — better than expected in fact — but MVG is just too good right now. No one has a particularly decent record against MVG, but Simon’s is one of the worst, losing the last last eleven meetings. Michael is such a short price you can only really look at van Gerwen to win by over 2.5 legs and average over 100 with a 120+ checkout in the match, worth 5/2.

This match is followed by another Premier League surprise package, Michael Smith versus last year’s success story Rob ‘Voltage’ Cross. Michael has been the more consistent player this season and is boosted by his weekend win at the Barnsley Metrodome when he picked up his second PDC title of the season, the Players Championship Seven. This match could easily be a draw, but I’m going to back Bully Boy Smith, not least because Betway have him priced at 11/5, which is ridiculous for a guy second in the table right now.

Barney and Snakebite are back out for the night’s finale. This match is all the harder to handicap as no one knows what has gone on beforehand with both darters proving a nuisance to bettors right now. Even following our bets from earlier in the evening, I’ve got both players down to lose so it’s still hard to predict. As the younger player — and at a huge push — I’m leaning towards Peter because he should have the better stamina to deal with two matches in one night. Both need a win, but Snakebite is the more desperate of the two, so I’ll stick with him to pick up his first Darts Premier League win in weeks.

This week’s line reads Gurney, Anderson, MVG, Smith and Wright, which pays at 33/1.