Footballers To Play Darts At Home Special On Sunday 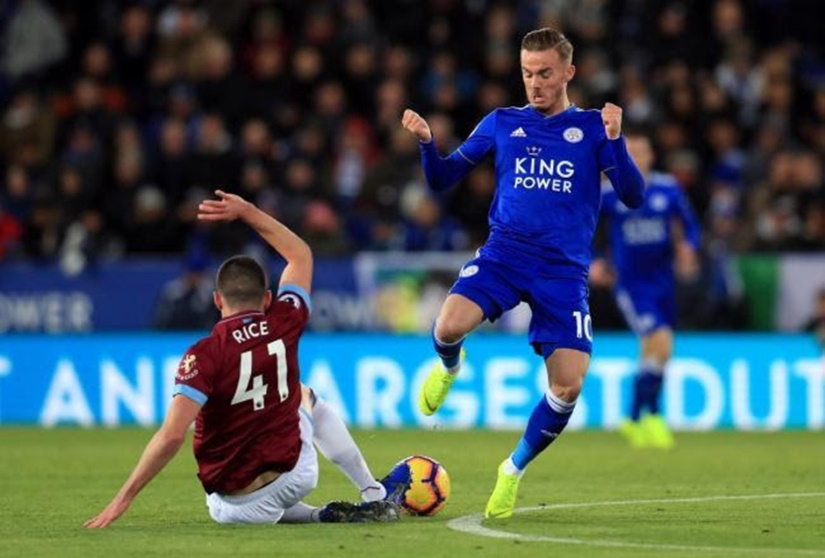 Sunday, May 10 sees a special edition of Darts At Home as four professional footballers, including two from the Premier League, have agreed to take part in some home games in order to raise money for the NHS. Leicester City’s James Maddison, West Ham United’s Declan Rice, both pictured above, will be joined by Charlie Austin of Championship side West Bromwich Albion and Paul Gallagher of Preston North End, also from the Championship.

All of the action, which is based on the PDC’s popular Darts At Home games will be broadcast live on the PDC’s YouTube channel with commentary from darts commentator Dan Dawson complete with on-screen graphics.

The competition will be played in a league format with players taking on each other while playing remotely through live video broadcasts. Each player will play each other once in a best-of-three format. All games start at 301 and end on a double or bullseye. Two points will be awarded for a win and the player listed on the left of the fixtures listed below will throw first in odd-numbered legs.

During the games, which get started at 14.00 BST, fans will be able to donate vital funds to NHS charities.

Elsewhere, 16 times world champion Phil ‘The Power’ Taylor beat 2-time ladies world champion Mikuru Suzuki 7-5 another online charity darts match. The pair raised £6,800 for Heroes, a charity that helps fund the NHS with £1000 put into the pot for every 180 hit during the match. The greatest darter of all time hit six of them compared to Suzuki’s four.

Last month, Taylor lost to Raymond van Barneveld, but in hitting 15 maximums between them, the retired rivals helped boost the NHS’s battle against the Covid-19 crisis by raising the sum of £15,000.

With sport still on lockdown, the PDC have organised some online darts action to help get fans through their boredom with the PDC’s first-ever home staged event. Afterall, it has now been almost two months since the last ranking tournament took place on March 15.

However, the PDC Home Tour continues to give fans and bettors something to cling on to. For those unaware of how it all works, all Tour Cardholders have been invited to take part. Gary Anderson, Daryl Gurney and Michael van Gerwen all initially declined, while Peter ‘Snakebite’ Wright and Gerwyn ‘The Iceman’ Price were both eliminated over the first two nights.

For both Gurney and Anderson, slow internet was the issue while MVG is using his time off to help out with a newborn. Gary Anderson has since fixed this issue and will now take part in the PDC’s Home Tour in one of the later dates.

Match nights pit four players against each other, chucking at their home oches to bank points in a round-robin league format that will be streamed via their webcams for bettors at bet365 who have wagered at least £1 in the previous 24 hours to watch live.

GROUP 25 ONWARDS YET TO BE ANNOUNCED