Barney Beaten By The Flying Scotsman In Perth 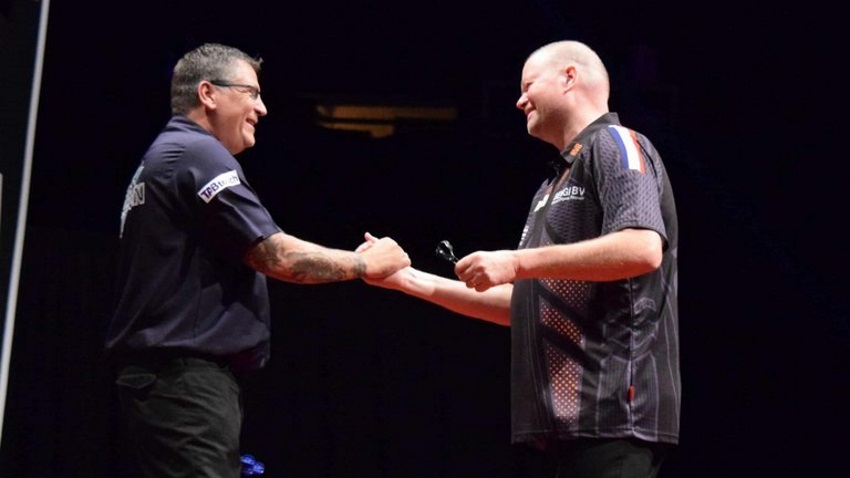 Gary Anderson put his poor form behind him to take down Perth Darts Masters on Sunday, his second World Series of Darts title of the season following his win in Dubai back in May. Beating Raymond van Barneveld 11-7, the Flying Scotsman was in imperious form, averaging almost 104 and landing seven 180s.

Anderson, who is 9/2 with Skybet & bet365 to win next month’s Champions League of Darts, had earlier seen off James Wade 11-9 in the semi-finals before meeting with Barney in the final, his first Masters final in the last five stages.

With Van Barneveld’s loss in Perth, in 25 attempts he has yet to earn a World Series crown or win an individual PDC title since the Hong Kong Masters in 2015. He was, however, responsible for eliminating Phil Taylor, as well as Corey Cadby, playing on home soil, and Daryl Gurney in the semi-finals.

In a high quality final, Barney himself averaged 101.87, striking three 180s and a bullseye finish which closed the leg gap at 7-6 before Anderson upped his game significantly to storm the following five legs and claim the fifth World Series trophy of his career.

Next up: Dutch Masters

This week, it would have been Barney’s turn to play on home soil as the action, which takes place from September 1-3, heads to the MECC in Maastricht for the Dutch Darts Masters. Despite home advantage, RVB is one of many big hitters sitting this one out.

It goes without saying that Michael van Gerwen, refreshed following a month off, is a favourite at 8/11 with both bet365 and Skybet. Having won the previous three Dutch Masters, the world number one is expected to mark his return by making it four in a row. With no Anderson, Adrian Lewis, RVB or Phil ‘The Power’ Taylor, Peter ‘Snakebite’ Wright is the second favourite at 5/1, with the same two bookmakers. At a distant third is Daryl Gurney, who can be picked up at 16s, also at Skybet and bet365.

In other news, Germany will host a night of Premier League Darts next year as the PDC continues to take the brand to new lands. This means that the star darters will be touching down in Berlin where, on Thursday February 22, the Mercedes-Benz Arena will host Germany’s first ever DPL night.

The action gets underway on the 1st of February at Dublin’s 3Arena, while Judgement Night will be in Belfast on March 29, with London’s O2 hosting the final on 17th of May.

Here is a full look ahead to the schedule for 2018: