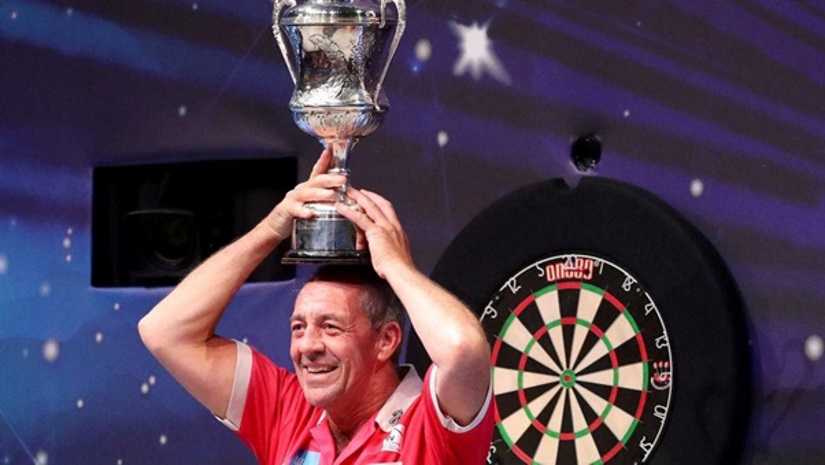 Welshman Wayne Warren became the oldest BDO champion of all time when he lifted the BDO World Championship trophy on Sunday night but was left devastated when he found out about the prize fund cut. Warren, 57, claims he hasn’t yet been paid and had no prior knowledge about the cut funds or what his final figure will be.

Before the tournament, the BDO had informed players that the prize monies were going to be ‘somewhat reduced’ but, at the time of writing, such numbers are still waiting to be disclosed. All we know is that it will not be an equal figure to the sum that Glen Durrant took home for winning the same event in 2019.

Former PDC World Championship finalist and current BDO star, Andy Hamilton called on the BDO chairman, Des Jacklin, to resign over the fiasco and named, as many have, Martin Adams as his potential successor as the chairman of the organisation. This was a request to which Wolfie responded positively, even proposing to move the BDO World Championships to Easter to avoid a clash with PDC event.

In the final, Warren beat fellow Welshman Jim Williams 7-4 at The Indigo at The O2 in East London. Williams got off to a fast start, hitting a 102 checkout in the second leg before taking the opening set in just 13 darts. Williams then took the second not long after, landing enough maximums to punish Warren for missing three darts that would have put him level.

Warren did draw level soon after, taking out the following two sets to bring the match to 2-2 before sealing the fifth set after fighting back from two legs down. Warren then dropped off the boil completely in the next to allow Williams to produce a whitewash in the next.

Warren responded to take the seventh set, only to lose the eighth in a decider before moving ahead completely and rounding off a sensational victory with his second match dart on double top. The veteran Welshman had performed strongly over the week and deservedly got his hands on the BDO’s top prize and reward, whatever that is. 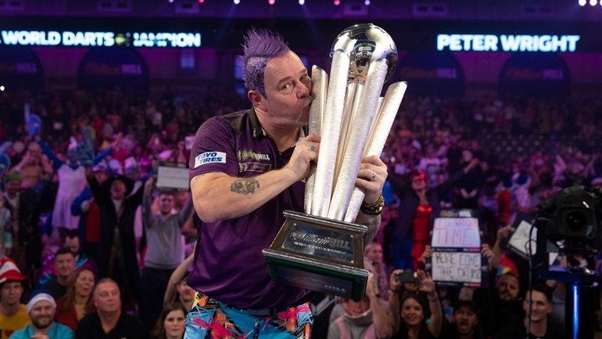 With three weeks passing since Peter Wright lifted the Sid Waddell Trophy, all eyes are turning towards the new PDC season. Everything gets started all over again on the 31st of this month when the Darts Masters gets our 2020 calendar underway.

This year we will be heading to new venues in new towns in new countries globally including Prague, Budapest and New York, to name but three of the new stops along the way.

As ever, we will be looking forward to the majors such as the World Cup of Darts, Grand Slam of Darts and Champions League of Darts plus, of course, the World Darts Matchplay in Blackpool come July. Plus, eleven months from now, the Ally Pally will once more roar into life for the 2021 Darts World Championships all over again where Snakebite will seek to defend his trophy.

Of course, come February, the Darts Premier League gets going and, once again, each fixture will have a one-off challenger, all of which have been confirmed already. Michael van Gerwen, Gary Anderson, Gerwyn Price, Peter Wright, Nathan Aspinall, Rob Cross, Michael Smith, Daryl Gurney and Glen Durrant will all be competing each week and, following the success of the challengers last year when they stepped in for the injured Gary Anderson, they will be back as part of a reformed league.

The history-making 25-year-old Fallon Sherrock will be representing her home town of Nottingham on February 13, while the Highlander John Henderson will perform on the opening night in Aberdeen on February 6. Sherrock made history by becoming the first woman to win a match at the PDC World Championship, before beating number 11 seed Mensur Suljovic on her way to the third round, while Henderson also went out of the same tourney in the third round when he was beaten by Gerwyn Price.

In Cardiff, Jonny Clayton will perform just as William O’Connor will in Dublin on Night Four. Night Five in Exeter sees Luke Humphries chuck, one week before Stephen Bunting throws in Liverpool.

Newcastle’s local hero will be Chris Dobey while Jeffrey de Zwaan will represent in Rotterdam on Night Eight as will Jermaine Wattimena, also in Rotterdam one night later.

Any points collected by the challengers will not be applied to the league table, but players will receive financial rewards for avoiding defeat.

In the wise words of the Peter Wright walk-on theme, “it’s time to party!