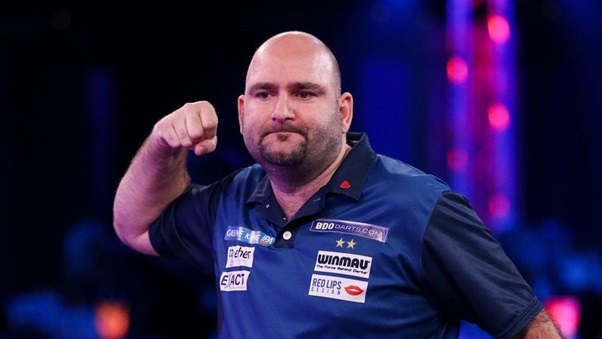 The 2020 BDO World Darts Championship got underway over the weekend hot on the heels of the 2020 PDC World Darts Championship. Sadly, despite being moved from its iconic Lakeside home to the more accessible Indigo Rooms at the O2, a tough few months for the struggling organisation has taken its toll on the event as dwindling crowds has led to a ferociously slashed prize pool.

The change in venue from the Lakeside Country Club in Surrey, which has hosted the competition since 1985, hasn’t gone down as well as hoped and, as a result, ticket sales for the 2020 tournament, which ends on Sunday, only reached an estimated 15% of total capacity. As a result, the prize money for the 2020 competition has been slashed by around 60% by the under fire organisers.

This led to one internet joker updating the 2020 BDO Wiki page with his own prizing structure, inspired by 80’s TV classic Bullseye, including Bus Fare Home (BFH). All the same, the darts have been good and here’s how week one has been going so far. 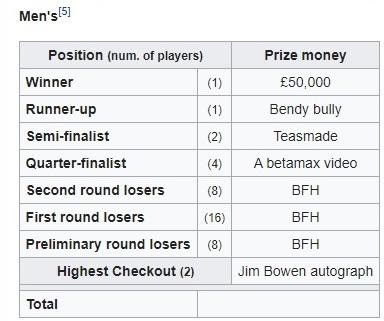 A look at Week 1 action

Monday saw both sides of the BDO World Championship, men and women, set new benchmarks as Paul Hogan and Mikuru Suzuki both threw the best averages of their respective tournaments. In 12/1 hopeful Hogan’s case, he came agonisingly close to landing the first BDO World Darts Championship’s first nine-darter in 30 years since Paul Lim struck gold in 1990. Although he was denied his slice of history, it was still enough to send Adam Smith-Neale packing.

9/4 Suzuki, who competed in the PDC event at the Ally Pally last month, kept her recent good form going with an 84.92 average to fight back from a set down against Maria O’Brien to win and move into the next round. David Cameron – not that one – was also eliminated in the first round, in his case at the hands of Nick Fullwell, who has since been sent packing by 20/1 hopeful Dave Evans.

Betway’s 4/1 favourite, Jim Williams defeated Gary Stone but had to come through a tough contest, only winning his first match of the tournament in the final set. Williams could have been 2-0 up early on but missed set darts, which allowed Stone back into the match to take it the distance. Thibault Tricole was also taken all the way after scoring an unexpected but impressive 2-1 win over Ross Montgomery. On Tuesday, Tricole met with Scotland’s Ryan Hogarth in what proved to be a match too far, losing 3-1. Hogarth will now play tournament favourite Jim Williams.

Justin Hood averaged 90 in an excellent opening 3-1 win on Monday against Gabriel Pascaru before taking on and losing to third seed Richard Veenstra, who Betway have priced at 10/1. On Saturday, Andreas Harrysson lost 3-2 to 8/1 shot Wesley Harms, while Andy ‘The Viking’ Hamilton, 25/1, took care of Darren Herewini 3-1. 11/1 chance Michael Unterbuchner navigated his way into the next round by beating Willem Mandigers 3-1 but Martin Adams’ tournament is over after he was shot down 3-2 by 8/1 second favourite Scott Waites.

Three-time world champion ‘Wolfie’ Adams, an open critic of the move to London’s Docklands, suffered difficulty with his doubles, despite outscoring 16th seed Waites. Wolfie, 63, is now the players’ choice to take charge of the BDO and get the organisation back on track.

On the ladies’ side of the draw, 17-year-old 4/1 shot Beau Greaves won 2-0 against Tori Kewish to move into the next round. This was the same scoreline that cost Vicky Pruim, in for the absent Fallon Sherrock, her participation thanks to 25/1 chance Corrine Hammond.