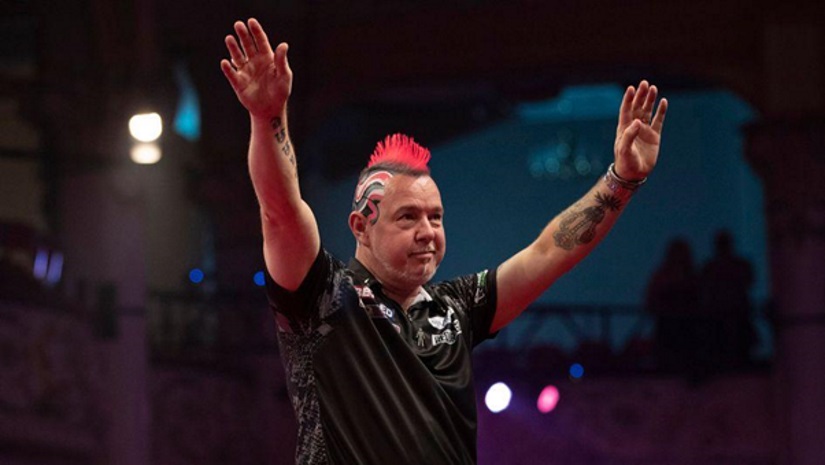 Peter Wright looks very much the man to beat as we approach tonight’s Darts World Matchplay Quarter Finals. Full of confidence following 20 straight wins, Snakebite has seen the draw open up for him – and others – after Tuesday night saw the duel eliminations of the top two seeds, Mighty Michael van Gerwen and Gary Anderson. While in the betting, those results leave Rob Cross and Snakebite as Betway’s new joint 11/4 tournament favourites, Wright is the player showing the best form right now and looking in his best condition for perhaps the past three years.

The Scotsman’s current good form has seen him collect three titles in succession having picked up the German Darts Masters and two Players Championship events last week. Having cruised through Monday’s round one game against Vincent van der Voort, Snakebite moved on to last night’s match against Aussie Simon Whitlock whom he calmly dismissed 11-2, while averaging over 100 for the 11th time during his recent good run of form. Note, his average of 103.01 is the best of all the remaining players in this year’s tournament.

A look at previous action

Last night’s match against the Wizard peaked with a stunning 170 checkout that allowed Wright to complete a 12-darter in the fourth leg, a score he almost bettered in the final leg when he fell just short of banking a nine-darter. The Australian, on the other hand, banked a measly average of 87.42 while reaching only five darts at doubles.

Also last night, Rob Cross saw off Polish chucker Krzysztof Ratajski 11-5 to book his spot in the Quarter Finals. Voltage joins Wright at the top of the betting and showed why as he coolly shot down the Polish Eagle. Ratajski briefly offered some kind of resistance, taking out the first two legs to take advantage of Cross’ notorious slow starts, which included a 160 checkout as part of a 12-darter. That, however, would be the last leg he would win until falling 9-2 behind.

Cross, 11/4 against the field with Betway, averaged 98.47 compared to Ratajski’s 94.54, hitting three more maximums. Unfortunately, as the one side of the draw thins out, the other side – the one that features both Snakebite and Voltage – looks likely to be the side from which the winner will come, although the two favourites can’t meet until the semis on Saturday.

Wednesday night also saw Stephen ‘Bullet’ Bunting force a comeback on Ian ‘Diamond’ White, as Diamond’s long history of televised capitulations continued. White, looking to reach the Matchplay Quarter Finals for the first time since 2015, was leading 9-4 in a race to 11 legs before the nerves set in. Beginning to wobble, White failed to make it down to a finish as Bunting took down four legs on the spin while falling just short in the next. This allowed White, who has never gone beyond the Quarter Finals of any major televised tournament, to move one away from the win. With three match darts at double 16, Diamond White lost his fizz and Bunting, who was seen packing up, returned to take the game to tie break before securing a 14-12 win.

In the night’s opener, Daryl Gurney beat Keegan Brown to reach his second-ever World Matchplay Quarter Finals. Superchin landed eight 180s compared to the Needle’s six but both were unconvincing on their doubles in a match which finished 11-9 to the Northern Irishman. Gurney, the 2017 World Grand Prix and 2018 Players Championship Finals winner, will need to improve on this display against Peter Wright on Friday night if he’s to reach the Semi-Finals, a feat he last achieved back in 2017.

He showed no fear up against MVG here, leading 8-5 at one point prior to the Dutchman staging a comeback to move 10-9 up, just the one leg from victory. Duzza fought back though, hitting a 112 checkout to take the contest to a tie break. Both players would waste numerous chances to put the game to bed before Durrant pinned tops to score a famous victory.

MVG wasn’t the only big name to tumble on Tuesday as the defending champion Gary Anderson was unable to get the better of the unseeded Mervyn King. Finding himself down by 8-7, King won four legs on the trot to claim a famous upset. On the same night, Michael ‘Bully Boy’ Smith came through against Max Hopp to reach the Matchplay Quarter Finals for the first time, while James ‘The Machine’ Wade needed all of his famed battling skills to make it past Mensur Suljovic 13-11 in a tie-break.

As we reach the last eight, Betway has priced the remainders as follows: Peter Wright and Rob Cross, who cannot meet in the final, are both priced at 11/4, up from Glen Durrant’s 9/2, a decent price for what would be his first PDC title proper. Not to be forgotten, Michael Smith has an 11/2 price on his head, just in from James Wade’s 7/1. Daryl Gurney is 10’s, Mervyn King is 25’s and Stephen Bunting is 28/1.