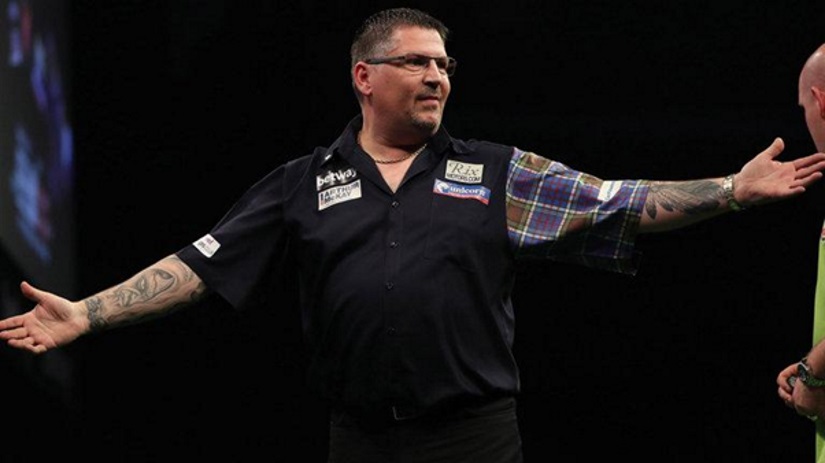 Two out of four quarter-finals of the Grand Slam of Darts will take place tonight in Wolverhampton as Dimitri Van den Bergh faces off against Mensur Suljovic before Simon Whitlock meets Gerwyn Price, all live on Sky Sports Action from 7pm. Tomorrow, Michael van Gerwen takes on Jonny Clayton while Gary Anderson matches up against Michael Unterbuchner, who this became only the 10th BDO player in Grand Slam of Darts history to reach the quarter-finals.

How did we get here? Well, last night, Michael van Gerwen beat Michael ‘Bully Boy’ Smith in an absolute epic, while elsewhere James Wade’s 13-game winning streak was ended by BDO star Michael Unterbuchner. MVG averaged 108 and hit eleven 180s but Bully Boy still managed to push him all the way, averaging three figures and six maximums plus duel ton+ checkouts in a match that ended 10-8 to the Dutchman. Going forward, Mighty Mike will now meet Jonny Clayton in the quarter-finals after the Welshman won 10-3 against Krzysztof Ratajski, who himself beat van Gerwen in the group stages.

Gary ‘The Flying Scotsman’ Anderson has arguably been the player of the tournament so far, having been in scintillating form and coming through the group stages winning 100% of his matches. Anderson took the decision to focus on major events and sit out the European Tour. It looks like this is a decision that is paying dividends as he aims to win the Grand Slam of Darts for the first time in his career. Anderson has enjoyed a fantastic season so far, which has seen him collect his maiden UK Open, World Matchplay and Champions League titles. Looking ahead, he now looks in good shape at Ally Pally, where he has been crowned World Champion twice previously. He makes the Quarters courtesy of a 10-2 smashing of Wesley Harms.

Simon Whitlock is remaining darter to have made it to the last eight and he goes tonight against Gerwyn Price, who overcame Josh Payne on Wednesday. On the same night, Whitlock was too good for Peter ‘Snakebite’ Wright, winning against the Scotsman 10-6, while Mensur Suljovic dismissed PDC World Champion Rob Cross 7-10. The Gentle’s opponent, Dimitri Van den Bergh made it this far after beating Stephen Bunting 6-10 in match where the Belgian hit a stunning nine-darter and will be the first player stepping up to the oche tonight.

Dimitri van den Bergh, World Youth champion, should still be riding a high following his nine-dart finish against Bunting but must now recompose himself for only his second televised quarter-final of his career. Last year, he made the World Championship quarter-final, losing out to eventual winner Rob Cross and tonight faces the increasingly impressive throwing of Mensur Suljovic, who ran out 8-2 the last time these two met.

As well as Suljovic is playing of late, he hasn’t hit a single 180 in his last two matches which is concerning but even then, the results have still been mostly strong. As the senior of these two competitors, experience and stamina — especially given the longer format of the matches — should come in to play and flip things firmly in the Austrian’s direction so we expect him to make the last four.

Next up tonight is Whitlock vs Price, a rematch from the group stage earlier this week which Whitlock won 5-4. The Australian has been in Grand Slam form as well, having made the quarterfinals twice previously in 2008 and 2009, while he also deservedly knocked out world No 2 Peter Wright in his previous match, so he is looking in great shape. Yet, I still think The Iceman could put the skids on the Wizard here. On that basis, I would expect both Price and Suljovic to progress to the semis where they should meet Michael van Gerwen and Gary Anderson in a jaw dropping last four.

For those looking for the latest outright prices on the Grand Slam of Darts from Betway, your numbers are as follows. Michael van Gerwen is an odds-on favourite at 8/11, Gary Anderson 3/1, Mensur Suljovic 8/1 and Gerwyn Price 16/1. 16/1 is also the best price on Simon Whitlock, while Dimitri van den Bergh is 18/1, Jonny Clayton 66/1 and finally the long shot available at the nice price of 100/1 is Michael Unterbuchner, the BDO’s sole representative.

Finally, everyone at BettingDarts would like to pay our respects to the family of PDC co-founder Tommy Cox who passed away aged 72 on Wednesday. Back in 1993, Cox linked up with Dick Allix and John Markovic along with 14 of the sport’s biggest names to form the World Darts Council which has since evolved in to today’s PDC. 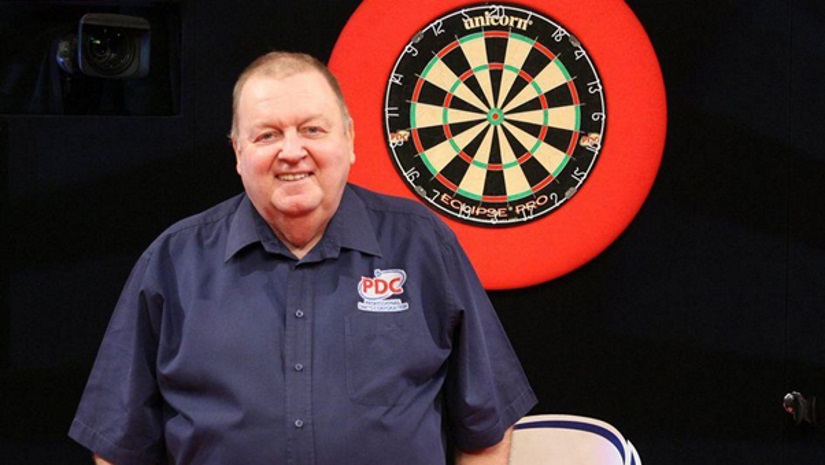 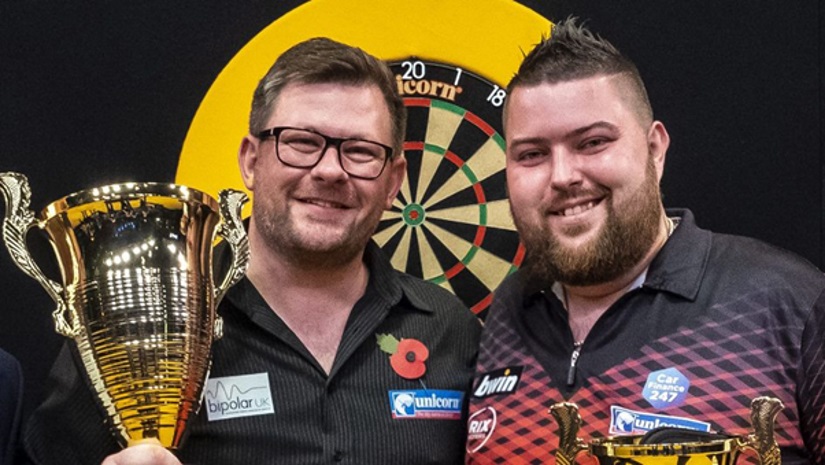 One week from putting an end to his half-decade wait for a TV championship win at the European Championship, James ‘The Machine’ Wade won another as he beat Michael Smith 11-10 in the final of the World Series of Darts Finals.

Wade’s TV double came in Vienna after a hard-fought match that only began to split after The Machine broke to a 10-9, only to miss two darts for the match. This fumble allowed Smith back in the match from where he managed to force a deciding leg where he would throw first. Just like his opponent at the oche, Bully Boy also dropped his two championship shots.

In a match where seemingly no one wanted to win, Wade couldn’t take out his required 141, instead, letting Smith in for three shots at the double 20. Missing all three, Wade returned to take out the double 18 in one shot to bring home the title, his second in as many weeks. The Machine, who knocked out Raymond van Barneveld in the semi-final, hit five 180s and averaged 97 in the match where he would win his ninth career TV title. Smith, who one round earlier dispensed of Welshman Gerwyn Price, would average 99 and hit five maximums.

A look at the Grand Slam of Darts matchups

This Saturday sees the Sky Sports-televised Grand Slam of Darts, which takes place at the Aldersley Leisure Village in Wolverhampton from November 10-18. This unique tournament features players from both the PDC and BDO, which is combining to make a field of 32 in a 24/8 split. The event’s structure sees eight groups of four in a round-robin phase make up a first round, before the remaining 16 players go through to the knockout stages. During the round robin phase, each player will face off against each other once in a best-of-nine legs match, with two points going to the winner.

Michael van Gerwen has been grouped with Jonny Clayton, Joe Murnan and Gary Robson in Group A, while Michael Smith headlines Group B with Raymond van Barneveld, Krzysztof Ratajski and Adam Smith-Neale.

Despite not being quite as dominant in the second half of this year, three-time defending champion Michael van Gerwen is the 10/11 favourite to lift the trophy for the fourth year in a row. The PDC world number one showed his class with last month’s World Grand Prix triumph, however, and it’s up to the likes of Gary Anderson, Peter Wright to stop him. Worryingly for the challengers though is that the format of this event suits the 29-year-old Dutchman — is there one that doesn’t? — who can utilise his three group matches to gather momentum as the competition goes on.

Of course, the same can be said for world number one and three Gary ‘The Flying Scotsman’ Anderson and Peter Wright. Anderson, in particular, offers the biggest threat to Mighty Mike and Betway have installed a 5/1 price on his head to win the tournament. Don’t discount a rejuvenated James Wade, fresh from his dual wins on the European circuit in Dortmund and Vienna. Betway are offering 20/1 on Wade and 9/1 on Wright to win outright. Mensur Suljovic is the other name worth considering this coming week after such an improved season. He can be picked up for 18/1.

Glen Durrant is my pick of the BDO qualifiers at 33/1 after reaching the quarter-finals last year, although emulating Scott Waites as the only other past winner from the BDO is a very tall order. In fact, Betway have priced any winner from the BDO at 20/1. Rob Cross fans can back their boy at 14/1, while Michael Smith, still looking for his first televised win, is available on 20/1, which is 30 points away from Gerwyn Price’s 50/1, again at Betway. 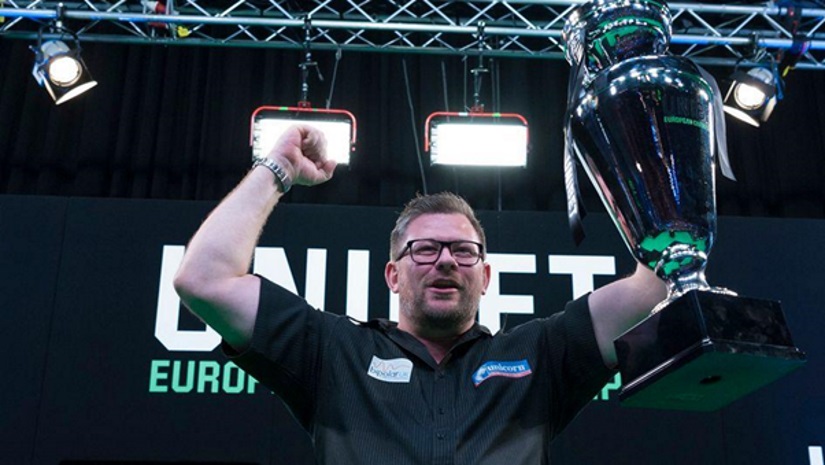 It’s been almost a five-year wait, but last week James Wade won his latest major PDC televised title when he beat Simon Whitlock in the European Championship final. Playing at the Westfalenhalle in Dortmund, Germany, The Machine claimed his eighth career major after a 11-8 victory, his first since he won The Masters in 2014.

His opponent on Sunday night, Australia’s Simon ‘The Wizard’ Whitlock, was himself looking to end a barren spell having last smelled victory in this very tournament back in 2012. Whitlock, who earlier saw off Peter Wright, was playing in his seventh major final and first since the 2017 World Grand Prix.

A recap of the European Championship final

The Wizard initially showed good form in the early stages where he found himself 3-1 up after four legs. However, 35-year-old Wade bounced back to level the game at 3-3. Things remained even all the way through to the ninth leg from where a breakthrough was finally staged as Wade reeled off three in a row thanks to a pair of 13-darters to claim his long-awaited victory.

Hampshire’s Jasmes Wade averaged 91.44 compared to Whitlock’s 88.81, hitting the most 180s through the match, landing five to Whitlock’s three. Both players came into the final fresh on the backs of their own remarkable comebacks against Max Hopp, who knocked out Rob Cross in the previous round, and Joe Cullen.

In Simon Whitlock’s case, he came back from the jaws of defeat to clinch a last-minute victory against Cullen, winning 11-10. The Machine, on the other hand, trailed 7-3 and 10-8 to Hopp before winning three legs on the trot to book his place in the final.

Wade will now turn attention to regaining his place in the Premier League line-up for 2019, starting with showing good form in the upcoming World Championships in December for which he is currently an outright price of 40/1 at Betway.

Already on the back of their run to the final last weekend, James Wade and Simon Whitlock have become the latest players to seal their spots at the Grand Slam of Darts, which takes place in November at the Aldersley Leisure Village in Wolverhampton. Other players have a final chance to win automatic qualification for the event in this weekend’s World Series of Darts Finals in Vienna.

The World Series of Darts Finals will get underway on Friday at the Multiversum, Schwechat in Vienna. Michael van Gerwen is the unsurprising favourite at 4/5, while Peter Wright — who will face either Gerwyn Price (50/1) or Hong Kong’s Royden Lam (250/1) in the second round — is third in the betting at 7/1, just behind Gary Anderson’s 11/2. Rob Cross can be picked up at 10/1 while the popular outside choice is again Mensur Suljovic, who will also be both the home favourite and my pick for victory while he’s currently worth 16/1 with Betway.

Following his run to the final a week ago, Simon Whitlock is available at 40’s and could potentially face either Steve Beaton (100/1) or Daryl Gurney, also priced at 40/1. James Wade, fresh from victory in Germany, moves in at 33/1, while Dave Chisnall is there for those that want him valued at 40/1, one out in the betting from Michael Smith’s 25/1. All prices are provided by Betway.