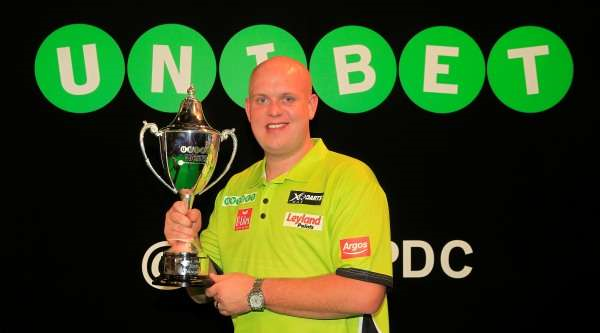 Need your darts betting fix? Don’t we all; we established last week it’s a jam-packed 2017, though, so we shouldn’t have to wait too long!

As we wait for the PDC Darts Masters at the end of next week, there is the small matter of the BDO World Championships to finish off. The second round drew to close at Lakeside on Thursday and is, at last, a tournament that Michael Van Gerwen cannot win.

Scott ‘Scotty Too Hotty’ Waites launched his BDO world title defence on Tuesday and duly oversaw Dennis Harbour without any problems at all, running out the 3-1 winner. Waites, the reigning and two-time Lakeside king, remains 10/1 at with Betway to reclaim his crown.

Up until this point, he has had a disappointing season winning only the European Classic since his championship twelve months ago, but he and his following know that Lakeside traditionally brings out the best in him.

The top seed by some distance, however, is Glen Durrant; you’ll find him evens at both Bet365 and Betway after his second-round win against Paul Hogan. A defiant Durrant rallied hard to claim his place in the quarter-finals after coming back from three sets down to defeat Hogan 4-3.

Second-favourite and third seed, Dutchman Danny ‘Noppie’ Noppert, can make it a World Championship double for the Netherlands by following Michael Van Gerwen and lifting the best trophy in his code. At 4/1 across the board, it is worth a punt and is the best darts betting tip on offer this week.

Noppert, winner of five titles this year including the Scottish and German Opens, made his hotly-anticipated Lakeside debut where he hogged all the glory against David Cameron (no, not that one) in the opening tie of Tuesday’s afternoon session. It is surely only a matter of time before he steps up to the PDC Tour.

For those a little further down the field, Jamie Hughes, who played in Wednesday’s evening session, represents the best of the betting with the 9/1 on offer at Bet365, the best price available on the Englishman.

The Netherlands’ Geert de Vos saw off the challenge of Scott Mitchell with a 4-2 win, and the other Dutchman in the betting now finds himself at 10/1, again at Bet365.

Elsewhere, crowd favourite and three-time champion Martin Adams is 13/1 at Bet365 to emerge victorious in Sunday’s final. ‘Wolfie’ took a step closer to that final Wednesday afternoon when he played against Jeff Smith and saw off the challenge with relative ease, finishing at 4-1 to move into Friday’s Quarter Finals.

Could he do it? Of course he could.

As if it had never been in doubt, Michael Van Gerwen tightened his stranglehold on top-flight darts as he claimed his second ever PDC World Championship last Monday. And my, wasn’t it impressive?

His dismissal of reigning champion Gary Anderson 7-3 (winner here in 2015 and 2016 don’t forget) took no more than 90 minutes to complete and was a match that set a new record with 42 separate 180s thrown.

Anderson can be pleased with his performance, as can Dutchman Raymond Van Barneveld who, in an all-Dutch semi, threw a personal record 109.34. That wasn’t good enough against a stunning MVG who, on his way to a 6-2 victory, posted a World Championship record average of 114.05, beating the previous record of Phil ‘The Power’ Taylor’s 111.21 back in 2002.

The other semi, an all-Scots affair, saw Peter Wright’s bid for a first televised tourney triumph extinguished by Anderson who, despite hitting 22 180s and averaging 104.93 on the night, simply could not match Mighty Mike’s incredible average of 107.79 in the final.

The best darts betting events for 2017

As another calendar year gets underway, we will, as ever, look to find the best darts betting tips available online.

So what are the major events to look forward to in the coming year? First up at the end of January is The Masters in Milton Keynes featuring the world’s top 16 players.

Then, on February 2, The Premier League of Darts gets running at Newcastle’s Metro Radio Arena, taking place in different venues on Thursday nights for three months until we reach the playoffs at London’s O2 Arena. In March, The European Tour begins its supersized eleven-event run, which starts in Hildesheim, Germany.

The summer will see numerous global trips to far flung corners of the world, including The U.S. Darts Masters in Las Vegas, as well as other runs for the World Series of Darts, events for which will be announced further down the line.

The Betway World Cup of Darts will be held in June, while The World Matchplay runs at Blackpool’s Winter Gardens in July. In September, The Champions League of Darts gets its second running and October sees The World Grand Prix plus the conclusion of The European Championship.

November features The World Series of Darts Finals, Grand Slam of Darts and Players Championship Finals before, in December, the 2017/18 World Darts Championship gets underway again concluding the year’s action at the Ally Pally one year from now.