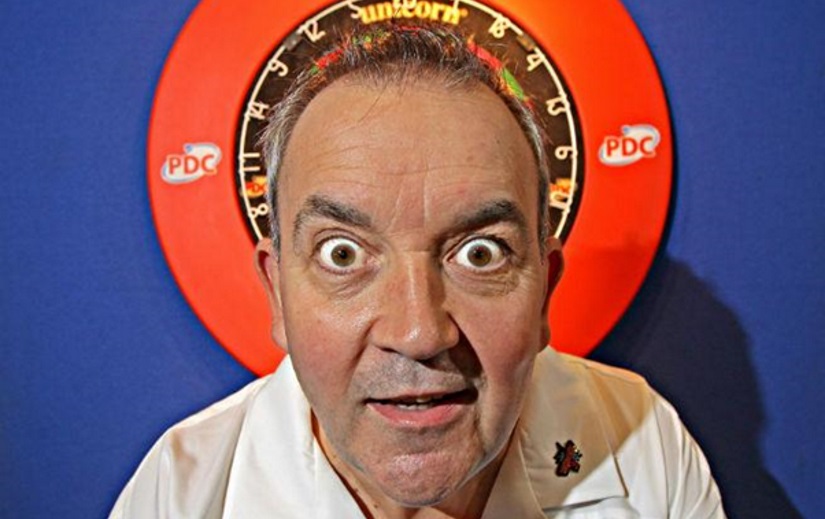 The 25th staging of the PDC World Championships gets underway on Thursday, setting off 18 days of pure darts action and making up what has become part of the holiday season’s crucial viewing for darts fans and non-fans alike.

Sadly, this will be the last time we will see the departing legend and 16x World Champion Phil ‘The Power’ Taylor throw a dart — at this level at least. But even as the greatest darts player of all time exits stage left, there is still plenty to get excited about.

This time last year, Michael van Gerwen was set to become a two-time World Champion, joining Adrian ‘Jackpot’ Lewis and Gary ‘The Flying Scotsman’ Anderson as the other double winners on the tour. Now, he arrives at London’s Alexandra Palace — Ally Pally if you’re cool enough — gunning for a third world title.

Anderson, along with world number two and third seed Peter ‘Snakebite’ Wright, are likely to be the closest challengers to the Dutch master. In Peter Wright’s case, participation is entirely dependent on his recovery from a recent attack of suspected gallstones, leaving Wright unlikely before Thursday according to a Tweet from his wife. The illness has pushed his price out to 10/1 at Betway to win the event outright, which is surely great value for such a high-ranking player. Wright, always a crowd favourite, brings colour to the show and would be sorely missed should he be absent from the event. This is especially true given that overtook his great rival Gary Anderson in the Order of Merit this year.

Emerging darters and familiar faces round out top favorites

Having won major titles this year, emerging stars Mensur Suljovic and Daryl Gurney will go into the World Championship with confidence, with odds of 50/1 and 40/1 to win outright, respectively.

The meteoric rise of Rob Cross, who is making his Ally Pally debut this year, has repeatedly reached the latter stages of major tournaments leading many to predict a bright future for the 27-year-old and is now pushing for a Premier League place. His performance this year is enough for us to select him as dark horse of the tournament. Not that we expect him to win, but look out for match-to-match value or even jump on an each-way outright bet which could pay off should he run deep enough. Let’s not forget that the rookie has played and beaten Michael van Gerwen on a couple of occasions this year too, so never say never.

And, of course, it would be criminal to rule out former World Champion Raymond van Barneveld, while the likes of James Wade and Dave Chisnall will be on a mission to prove that they still belong in the company of the elite despite recently dropping out of the top eight.

The first matches and final thoughts

The stand out match of the first round is Phil Taylor against Chris Dobey, quarter-finalist in the 2016 Grand Slam of Darts. Dobey, who beat Raymond van Barneveld at the Grand Slam in Wolverhampton, will be a tough opening opponent for Taylor. Phil loves to put young threats in their place, just as he did so brutally to Daryl ‘Superchin’ Gurney last month.

To surmise, Michael van Gerwen, who has won the last four TV events coming into the last four majors, is the red-hot favourite. Then there’s Gary Anderson and Peter Wright with the winner coming from one of those three with Rob Cross, 6/1 to reach the final, as the outsider. But don’t write off Phil Taylor, who has the edge over MVG this year and will want to end on the ultimate high.

Sky Sports will be broadcasting all of the action live, across their Main Event, Action and Arena channels.

All sets are the best of five legs and the following formats apply.