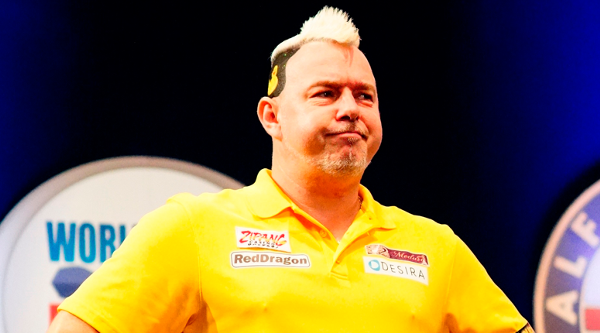 With darts action taking a weekend off, we thought it would be a good time to look at the game’s top players – starting with (who else?) Phil “The Power” Taylor.

But first, a little note on last week’s Shanghai Masters. 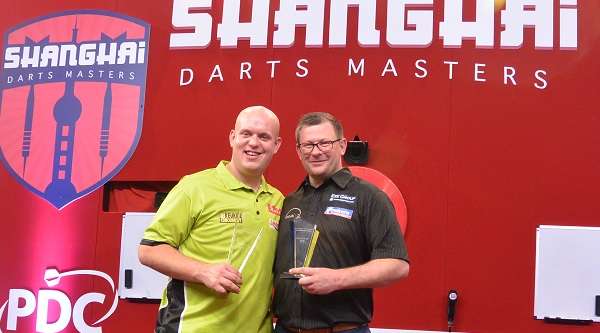 It feels more than little strange that, for the first time since we launched this column, Michael Van Gerwen has won an event. But that he did last week when he took down the Chinese leg of the World Series. His opponent in Sunday’s final was Englishman James Wade, who lost 8-3 at the Pullman Hotel.

It was the fifth international event win of the year for the Dutch number one, having missed out in Dubai and Auckland. Shanghai marks his first win since claiming the Darts Premier League in May.

On his way to the final, he saw off Singapore’s Paul Lim in round one before moving on to an altogether more familiar face in countryman Raymond van Barneveld, whom Van Gerwin outclassed on his way to an 8-4 win in the quarter-finals.

The semi-final stage of the event on Sunday afternoon matched the Dutch master with Dave Chisnall, who chucked his way into a 4-1 lead, which included checkouts of 148 and 150. Van Gerwen clawed things back soon afterwards, however; his eventual 8-5 victory came in part thanks to a 145 finish which launched a winning run of four successive legs.

Wade, on the way to his second World Series final of the season, had been paired with Gary Anderson. The Scot gave him a tough match before Wade eventually won 8-7 in the quarter-finals, almost repeating the score in the semi-final with an 8-6 victory over Phil Taylor.

“Every win means a lot to me but this is the first Shanghai Darts Masters so it’s very special,” said Van Gerwen. “Everything came together and I’m really glad I won this trophy. It’s been a very good week in China and it’s a pleasure for me to play in tournaments like this. Shanghai’s fantastic, and to get the win makes it even better.”

The PDC World Series of Darts continues with the Zipang Casino Tokyo Darts Masters on July 6-7, with the eight PDC stars set to take on eight Japanese qualifiers across two days at the Yoyogi Olympic Hall.

When darts fans are gathered for a major event and (I’ve Got) The Power by Snap begins to play, they know that are in for a treat – that’s the walkout theme for arguably the greatest ever player to throw a dart, Phil “The Power” Taylor.

Hailing from the pottery city of Stoke-on-Trent, England, Taylor won the first of his record-breaking 77 PDC Premier events, including 16 World Championships, in 1995.

Born in 1965, Taylor honed his darts skills in local clubs before turning pro under the BDO towards the end of the 1980s. It wasn’t long before he took down his first major title, the 1990 Embassy Championship, when he defeated his mentor and five-time World Champion Eric “The Crafty Cockney” Bristow. Taylor briefly carried the nickname “The Crafty Potter” at this time. In the same year, he added the World Masters to his résumé.

By 1993, the PDC had formed and broken away from the BDO; this was a move that Taylor played a considerable role in. He has since become the dominant force of darts: he won his first World Matchplay title in 1995, repeating his success in 1997, but the best was yet to come as “The Power” went on an unprecedented unbeaten run in the event between 2000 and 2004. He claimed five successive titles before adding a record sixth and then seventh in 2013 and 2014.

It’s the World Championships that Taylor will really be remembered for, however; he presently holds sixteen titles dating back to 1995. This began a run of form the likes of which hasn’t been seen before or since: Taylor won again each year between 1996 and 2002, then notched up three further consecutive wins from 2004 to 2006. He has since added three more wins in 2009, 2010 and 2013, a feat which will almost certainly never be equalled.

Other noticeable successes include taking home the Las Vegas Desert Classic in 2002, 2004 and 2005; the first-ever UK Open in 2003 (not his last); as well as being unbeaten champion in the first-ever Premier League of Darts back in 2005.

Having seen off all comers until 2006, this was the breakout year for a rivalry that would shape the game for the next decade with the emergence of Holland’s Raymond van Barneveld. “Barney” was the first serious threat to Taylor’s domination and the two duly began to meet regularly in the latter stages of events.

Despite Taylor’s glorious track record, he countered this first of two Dutch threats (the second being today’s world number one Michael Van Gerwen) by changing darts. At a professional level, even miniscule changes in dart weight and shape can make all the difference; Taylor’s switch to 26g Target 9 Five Red Dragon Darts did just that, allowing him to maintain his challenge.

In total, the PDC have awarded Taylor their Player of the Year award six times, in 2006, 2008, 2009, 2010, 2011 and 2012. Unlike most darts players, Taylor has found fame away from the oche, including nominations for the prestigious BBC Sports Personality of the Year award in both 2006 and 2010 and an appearance on Coronation Street.

Taylor remains not only the best of all time but still one of the game’s top players, boasting a record that even Michael Van Gerwen is unlikely to breach.

If you fancy backing the game’s greatest-ever player for an outright World Matchplay win, you can get odds of 11/2 on “The Power” by visting Betway.

Inducted into PDC Hall of Fame in 2011